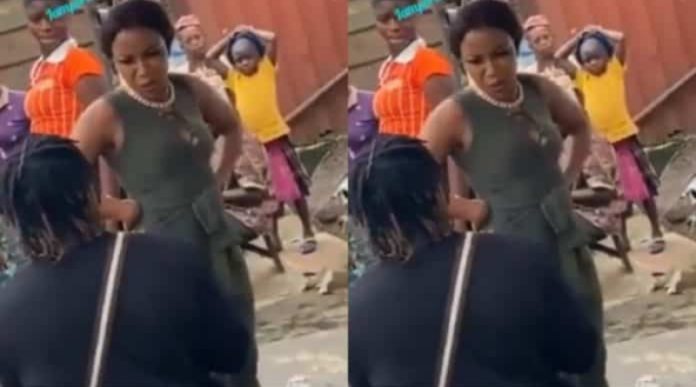 Lady disgraces boyfriend who proposed to her at the market (Video)

I think it’s past time most men learn to propose in private or at least, discuss it first in private.

The lady you think is your serious girlfriend might just be collecting the monthly salary you offer or whatever benefit without any plans to settle with you.

If men don’t learn, they should be embarrassed, as simple as that.

Another video that has surfaced online from a proposal gone wrong shows how a lady treated her own boyfriend like a piece of rag at the market centre after he went on his knees to propose marriage to her.

According to the lady, the guy was disgracing her and he’s mad for doing such because he’s not her type. She did all these while shouting at the top of her voice like an angry bully.