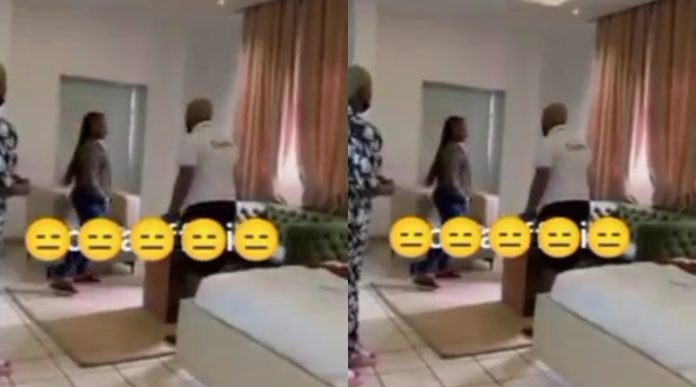 Drama broke out when a man who had traveled to another country for his customary wedding learned for the first time that his fiancée is a hookup.

The man apparently received a tip that his financing was interested in hooking up, so he chose to independently confirm the information.

He arranged for his girlfriend to spend the night with him after coming in Nigeria with the help of another lady in order to find out if she was really a hookup girl or not.

Unaware that she was being set up, his fiancee unexpectedly walked into the hotel room where he was staying to do her routine hookup.

Because the man unexpectedly returned to Nigeria in order to confirm rumors that his girlfriend is a hookup girl,

The embattled fiancee pleaded for forgiveness after being discovered in the act but the man would not hear her.