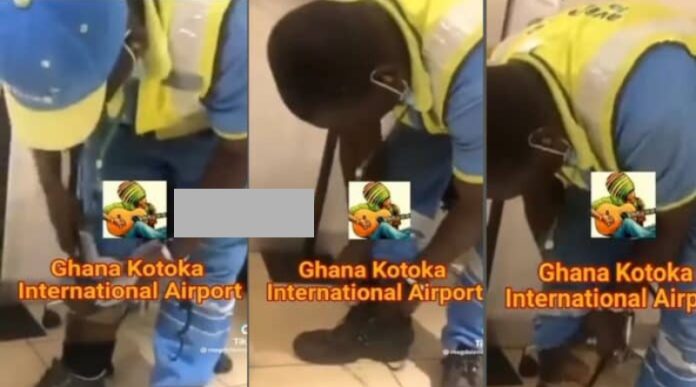 After being discovered in possession of traveler’s stolen phones, an airline employee at Kotoka International Airport has brought disrepute upon the industry.

While on the job, the employee stole the things and concealed them in his socks. Over ten iPhones were taken by the man, who is thought to be in his late 50s.

In full front of the airport workers and guests, he was forced to recover the stolen goods.

The humiliated employee took off his clothes as he was made fun of for stealing. See the video down below.