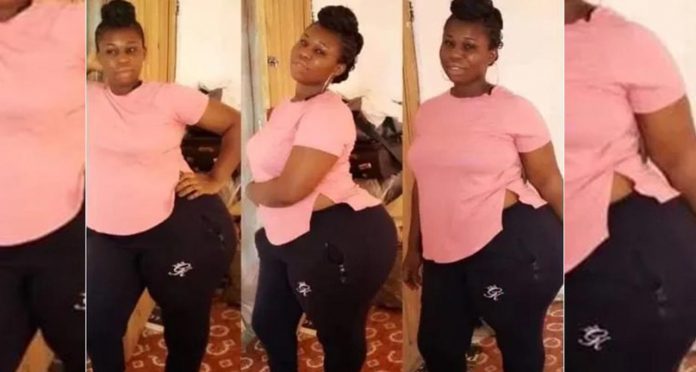 A lady has confessed to the craziest fiction of the world that people are saying she is having a mental health issues after she was dumped like a jettisoned cargo at the Tema Harbour when she was considered to be a rejected ballot paper by her ex lover.

The jilted lady has come out to open up that, what is paining her currently in life, is the whole sexual encounters she had with her former boyfriend who really enjoyed her flesh to the maximum capacity.

According to the lady, her ex boyfriend slept with her severally causing her 72 instances of pregnancies but they both agreed and aborted all the 72 pregnancies she had when they were having sex during their of the relationship.

She further detailed that, she has regretted after committing seven two abortions with her past boyfriend and now that, he has married her best friend ever in life even though he best friend knows of everything about their debauched romantic affairs but still she goes ahead to marrying the same man who caused her 72 abortions.

But some people are doubting of the claim of the said lady that, there would not be any iota of truth in what she is trying to put across but rather she is only seeking the attentions of the general public to her what their views on her wild allegations would be in the long run. Women with dignity have descended on her heavily for exposing the privacy of womanhood without thinking carefully about the repercussions of her vile propaganda with the malicious intention of derailing and diverting the views of the citizens on matters of national importance.

Those from the medical points of view, are also raising eyebrows against what the woman alleged that she terminated 72 abortions with her former boy before he finally dumped her and went in for her closest friend on this earth for marriage. They asked if she is so fertile to that highest level that it could be possible for a single woman to carry the foetuses of a child for seven two times at her young age.

The beleaguered lady has no shame about everything she said because, the whole thing is more or less like, she is experiencing traumatic stress disorder triggered by hypochondria or schizophrenia and it is urgent that, she goes to Accra psychiatric hospital for her mental assessment and evaluation.