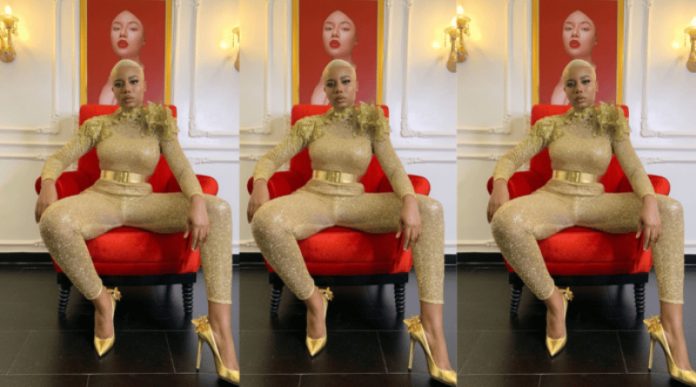 A scene from Nigerian actress Nancy Isime’s most recent film, “Shanty Town,” has recently put her in the spotlight on social media.

Isime may be seen in the scene being undressed. The footage of the scenario has gone viral on social media and spurred spirited discussion among viewers.

The movie, which is set in Lagos, is about a gang of courtesans who scheme to escape the control of a prominent criminal mastermind, but they face many obstacles due to political corruption and familial ties.

Isime portrays the little girl in the major role, and critics have lauded her for giving a strong performance. The scenario that has generated the most online discussion, though, is the contentious one.

Many viewers have used social media to voice their opinions about the scenario. While some have praised its honest and genuine depiction of life in the hustle and bustle of Lagos, others have blasted it as unneeded and exploitative.

Some contend, on the one hand, that the image is a potent and essential representation of the difficulties experienced by women who live in cities all over the world.

The sequence, in which Richard Mofe-Damijo forces Isime’s character to strip, emphasizes the vulnerability and abuse that women experience in such circumstances.

The picture demonstrates the challenging living circumstances found in slums as well as how poverty may lead to exploitation and abuse.

Wearing used or second hand clothes is a sin