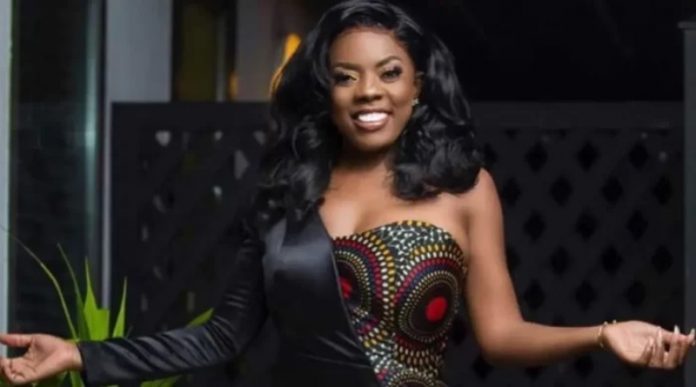 Nana Aba Anamoah has claimed that a guy is not obligated to spend money on his girlfriend, and that women should not constantly expect their partners to help them financially.

Some think that spending on one’s girlfriend should not be overlooked in a relationship because women who do not financially benefit from their boyfriends are more likely to leave.

Also, a section of the public have maintained that no man should be forced to take care of a woman who is not his wife, noting that girlfriends are not the responsibility of their boyfriends.

“The decision to give money is at his discretion. He is not obliged to give you money. He is really not obliged,” Nana Aba hammered in an interview with Naa Ashorkor Mensah-Doku on Asaase Radio.

She also addressed the issue of “stingy” men who deliberately refuse to spend on their girlfriends even when they have the means to do so. She described such a situation as a “big problem.”

“If she is really in a fix and the guy can help, he should be able to help but if he is not helping then there is a big problem.”

The celebrated broadcaster however declined to comment on how important spending on one’s partner is in a love relationship with the explanation that she will trend for the wrong reasons on social media.