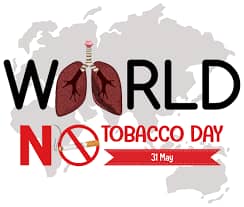 Statistics available in Ghana indicates that over 800,000 people in the country smoke cigarettes, shisha and other tobacco products every week.

Unfortunately, 75 deaths are recorded every week from smoking-related illnesses.

This, according to authorities, makes smoking a “serious public health threat”.

These were contained in a press release issued by the Minister of Health, Kwaku Agyeman Manu, to mark this year’s World No Tobacco Day on Monday, May 31.

The Day is being marked on the theme: ‘Commit to Quit’.

Globally, tobacco kills more than 8 million people annually with more than 7 million of the deaths from direct tobacco use.

The use of nicotine and other toxic chemicals used in the production of tobacco increases risk of cancer, cardiovascular and pulmonary diseases.

Considering these severe health effects and their impact on the world’s population, the World Health Organisation (WHO) and other global partners continue to raise awareness on the harmful effects of tobacco use, second-hand smoke exposure and discourage the use of tobacco in all forms.

In Ghana, the Public Health Act 2012, Act 851, advocates the cessation in tobacco use in the country.

“People who want to quit smoking can access help in the various health facilities across the country.”