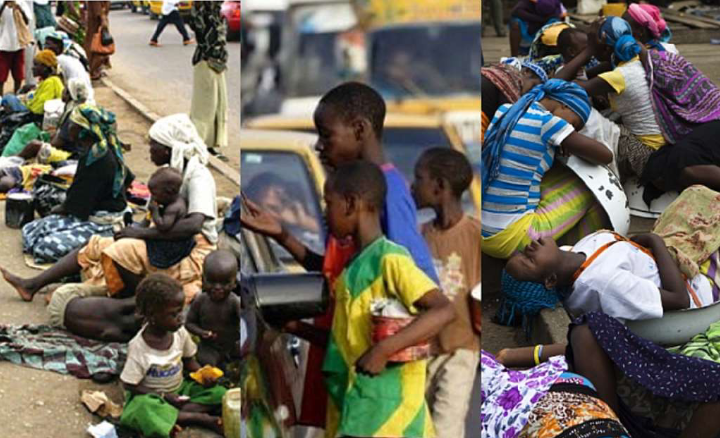 The Accra Police Command has warned that it will soon commence a series of operations to clear child beggars off the streets of the capital, Accra.

Streets in the major parts of Accra like Madina, Osu, Ridge, Achimota and Lapaz, among others, are inundated with child beggars, most of whom are believed to be nationals of other West African countries.

The Police Command alleges that these children are brought into Ghana from neighbouring countries by some Ghanaians to be used for “commercial begging.”

Speaking to Citi News, the Director of Operations of the Accra Police Command, ACP Kwesi Ofori said his outfit is determined to flush out these miscreants.

“At the moment, you might have seen a lot of children from other West African countries on our streets. There are contractors who bring [them to Ghana] and place the children at vantage points and supervise them to beg. The Accra Regional Police Command will be looking into that.”

“The street is littered with children. Sooner or later, we will be descending on the contractors who go to neighbouring countries to bring the children, collect the money and in the end benefit”, he added.

For instance, children believed to be from Niger and Nigeria were picked up from some ceremonial routes, streets, under bridges, and in traffic, begging for alms from benevolent individuals in a special exercise conducted by the Accra Metropolitan Assembly (AMA).

The team also went to the Kaneshie overhead bridge, Nima and Maamobi, and the traffic intersections at Sunny FM, Okponglo [Ghana Standards Authority (GSA)] and the Graphic Road stretch.

The AMA collaborated with the Department of Social Welfare towards the reformation and reintegration of these persons into society.

They also picked up beggars and children who had pitched camp at the footbridge near the Tetteh Quarshie Interchange, as well as popular bus terminals like the Neoplan Bus Stop at Achimota, Circle, Kaneshie and the Korle-Bu traffic light.

The Assembly urged the public to cooperate and desist from giving money to beggars on the streets as they will be violating the Beggars and Destitute Act, 1969 (PNDCL 392) which criminalizes the act of begging and giving to beggars.