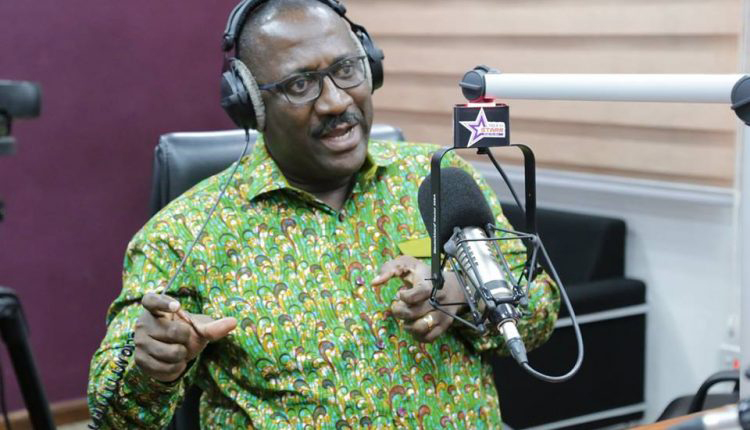 According to him, the soldier exhibited a high level of unprofessionalism by physically assaulting a Citi News journalist, Caleb Kudah who was in the custody of the National Security.

Mr. Caleb Kudah was arrested for filming some abandoned MASLOC cars parked within the premises of the National Security Ministry. Another Citi Journalist, Zoe Abu-Baidoo, was also picked up later at the premises of Citi FM/Citi TV in a raid for receiving some files from Caleb Kudah.

Following his release, Caleb Kudah has been recounting harrowing experiences during his time with the National Security operatives.

Mr. Kudah said he was slapped several times and physically assaulted by the security operatives,

He said one of the security operatives even kicked him in his groin.

Speaking on Citi TV’s current affairs programme The Point of View, Mr. Samuel Attah-Mensah said the Director of Operations and the operatives who molested Mr. Kudah must be sanctioned to deter others.

Mr. Attah-Mensah insisted that their actions have brought disgrace to the entire government and the National Security as an institution.

“They have to take action against Colonel Agyeman because he is a disgrace to the government, he is a disgrace to the National Security, and he is not fit for that job. For this person to treat this young man (Caleb Kudah) like this because he has done something you (Col. Agyeman) consider inappropriate? This is why we fought for this democracy. Take him [Kudah] to court [if he has done something wrong]. This is what we are saying. Process him for court, this is what we call due process.”

“If he did anything wrong he is wrong and wrong is wrong. So you process him for court and let the due process of the law take its rule. When the likes of Nana Akufo-Addo in the 70s and 80s were fighting for this democracy, where were you? You come and turn everything upside down in the name of primitive National Security.”

On the same issue, the Member of Parliament for the North Tongu Constituency in the Volta Region, Samuel Okudzeto Ablakwa, has said the action by the national security has embarrassed Ghana on the international scene.

“National security should stop embarrassing us to the international community and even more worrying, they must stop exposing their pathetic cybersecurity vulnerabilities to criminals and potential enemies of Ghana — for as the experts have warned, the next frontier of war is cyberwarfare.”