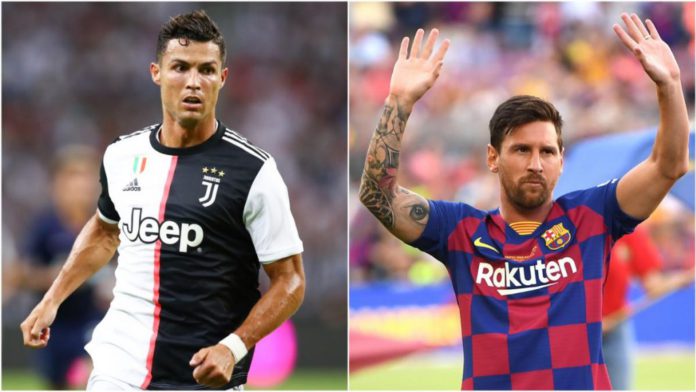 Juventus and Portugal superstar, Cristiano Ronaldo has topped the list for the first time – knocking Dwayne ‘The Rock’ Johnson off top spot – after his Instagram earnings sky-rocketed.

He has topped Instagram’s latest rich list – ahead of rivals Lionel Messi and Neymar.

Juventus superstar Ronaldo, who has 308 million followers, is is thought to be able to command than anyone else on the planet for a sponsored post.

The former Manchester United and Real Madrid forward can charge advertisers an eye-watering $1.6m (£1.2m) per post on his Insta account, according to social media marketing firm Hopper HQ.

That has seen him knock Dwayne ‘The Rock’ Johnson off top spot, with the former wrestler-turned-film star able to rake in just over $1.52m (£1m) per post.

Ronaldo’s huge earnings have seen him top the list for the first time since it was started in 2017 – although he has regularly been in the top five.

The 36-year-old is so far the top scorer at Euro 2020 with five goals, although he could be overtaken following Portugal’s exit at the hands of Belgium earlier this week.

He made headlines earlier during the tournament when he removed two bottles from tournament sponsor Coca-Cola during a press conference, urging those present to drink “agua” (water).

Messi, who has 224 million followers, is the second-placed sportsperson, with PSG forward Neymar next in 16th place.

Hopper HQ runs social media accounts on behalf of companies and individuals, and published its first Instagram rich list in 2017.

The UK-based firm analysed internal and publicly available data to reveal a list of the highest-paid celebrities and influencers on Instagram, based on factors such as average engagement, frequency of posts, industry variables and number of followers.

Mike Bandar, co-founder of Hopper HQ, said Instagram earnings may have peaked partly as a result of the pandemic.

“As Covid-19 continues to impact all our lives, it appears that Instagram is the one of the few places not negatively impacted by the pandemic,” he said quoted by the BBC. “And with people using the app more than ever before, some could say it was inevitable earnings would peak this year.

“It was great to see Cristiano Ronaldo take the number one spot this year after steadily ranking within the top five throughout the list’s history.

“With the Euros this year and a few controversial marketing moves over the last couple of weeks, the football royalty’s presence has skyrocketed.”