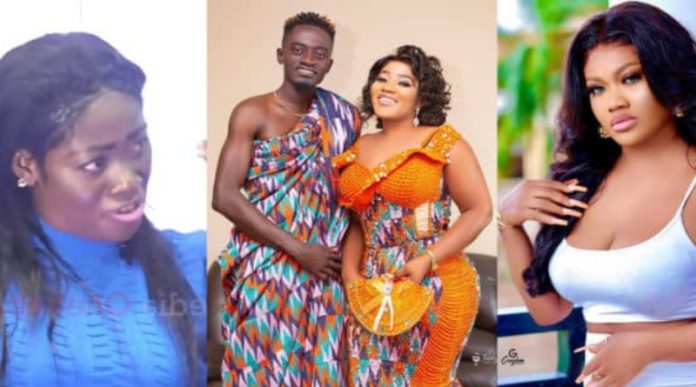 Patricia Afriyie claims she is truly delighted for Lil Win’s new wife and has no ill feelings toward her because she has not insulted her in any manner.

In a recent video spotted by GHPage, she claimed clearly that actress Sandra Ababio is the adversary she despises for sabotaging her lovely marriage to Lil Win.

Pat labelled Sandra as a witch for allegedly snatching her husband with her beauty and body, but said she’s glad that she was dumped in the end.

Patricia confirmed that Sandra and Lil Win was having an affair while they were still married but she did not believe the rumours until she saw naked pictures of Sandra on Lil Win’s phone that she had sent to him via WhatsApp.

She then challenged Sandra to come out and swear with eggs and a deity that nothing happened between her and Lil Win.