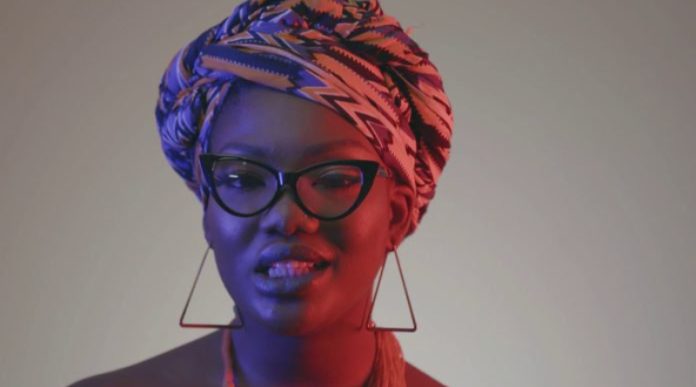 iOna Reine, a controversial musician and nurse, has said that after the passing of her coworker Ebony Reigns, she experienced terror and ongoing psychological struggles.

In February 2018, Ebony was at the height of her fame when she died in a car accident on the way back to Accra from Sunyani. Since then, lookalikes of Ebony have appeared to carry on her legacy.

One such person is iOna Reine, who said that her similarity to Ebony caused her more harm than good.

She claims that when Ghanaians deluged her social media comment area with condolences and “RIP,” the situation became so dire that she started dreaming about the late Ebony.

Opening up on the encounter in an interview on Adom TV‘s The Journey, iOna revealed Ebony would be smiling at her, yet does not utter a single word.

In another dream she recounted, she said “it was a weird dream. She [Ebony] was pregnant and teaching in a classroom.”

Having a nursing background, iOna said she attributed the dreams to psychological trauma and sought the help of some of her colleagues.

However, she said the situation worsened and she began seeing the late Ebony more frequently, even when her eyes are widely opened and in broad daylight.

“At a point it became very scary. Even when I was doing something, I see her standing by. In one of the dreams, she had come back and some people were chasing us and took her away. The pain I felt in the dream, when I woke up, I felt the same chest pain and at that point I knew I had to get spiritual help.”

iOns revealed she got some pastors to pray with her and since then, the spirit of the late Ebony has departed from her.

When asked if she reached out to the family of the first VGMA female Artiste of the Year, iOna responded in the negative, explaining that she did not want to be misinterprated.

“The reason is that Ghanaians can easily misinterpret your intentions. They can attribute it to me wanting fame or chasing clout so I kept quiet an dealt with it myself,” she said.