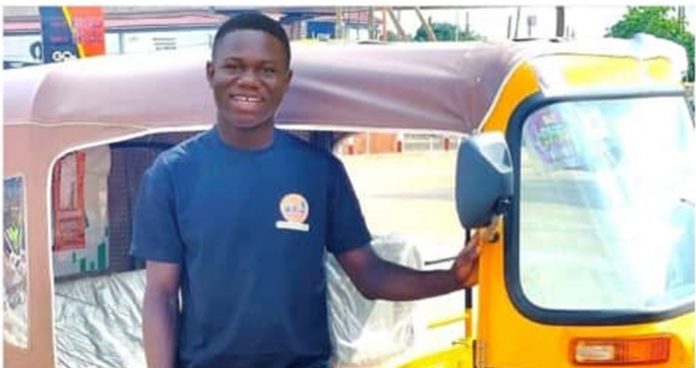 A young man is presently gaining much attention on the internet after he co-founded kambuu, a mobile application that commuters in the Upper West and Northern regions in general, can use to order locally made vehicle tricycles known colloquially as Pragya.

The youthful exuberant and enterprising gentleman, identified as Dave Donbo, a twenty five years old, willingly decided to pursue software programming after high school when he had no fund to further his education.

During his first semester when he was accepted into Ashesi university college, as a computer engineering student, he applied for supports from the fund for service to youth and children on campus to launch the app “kambuu”. This particular month, the app went live on iOS and Android, and he would now focus on growing the usage and recruiting drivers in Tamale and its environs to create an employment opportunity for the jobless in the area. I am excited about the prospects of the kambuu app, Dave Donbo, adds.

The funding he received for this application helped us launch and do some initial promotion after many months of hard work. We look forward to working with riders coming from Tamale to help increase the revenues and provide people with a way to request for alternative means of transport services from their homes.

It is indeed a great news coming from the Upper West region where some individuals with questionable characters hold the erroneous impression that would anything good ever come from the hinter lands up north? But the energetic Dave Donbo, has proven to such people that no matter where one hails from, it should not be a hindrance for that person not to make tremendous exploits to transform the lives of others.

How to Encrypt Files and Folder on Windows 10

What is the best way to work with data