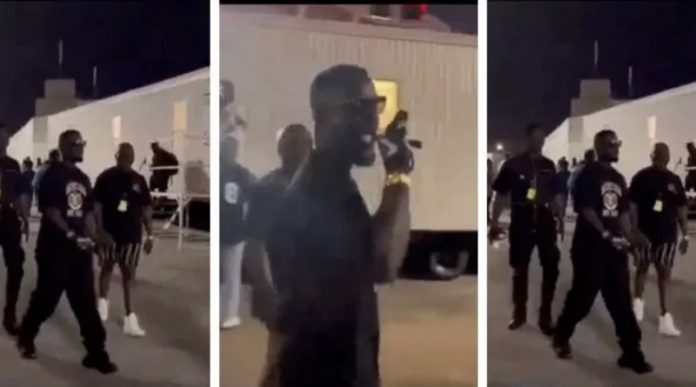 Ghanaian musician Sarkodie has revealed for the first time that he smokes cigars, a habit he has kept hidden from the rest of the world.

After a night out with his buddies in the United States, Sarkodie is seen staggering around inebriated with his geese in a viral video.

Realest Blogger of GHBase.Com believes that Sarkodie had already completed seven strokes of Cigars before walking out on the street, based on social remarks and a critical analysis of the clip.

Was anyone anticipating Sarkodie to grow addicted to cigars and walk aimlessly? Sorry, but given the rapper’s celebrity in Tema, this is a disappointment.