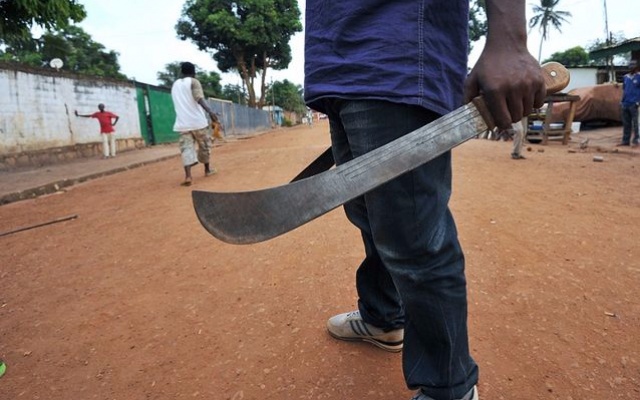 Some youth of Assakae and Adientem, in the Effia-Kwesimintsim Municipality of the Western Region clashed on Sunday, June 27, leaving several injured.

According to a Unit Committee Member in the district, Mr. James Idan, the clash between the two parties was because of a woman.

Narrating the incident on Skyy Power 93.5FM’s Jolly Breakfast Show, on Monday, June 28, Mr. Idan indicated that, a man in Assakae, whose name has been withheld showed interest in the pregnant wife of his neighbour.

However, upon the husband finding out that his neighbor is pursuing his wife, he confronted him and it became a bit of a scene which prompted the neighbor being confronted, to invite his brothers from Adientem.

Apparently, It became chaotic when the brothers from Adientem got involved in the matter which was later reported to the police by the husband.

He said, “When the other party from Adientem got involved, the matter became chaotic so the husband reported the issue to the police. The police also directed them to bring the culprits to the station. So they hired some ‘macho’ men from Whindo who went to Adientem to capture these men and were handed over to the police”

Mr. Idan made it known, the men were released the next day and thought the two parties have settled their differences until Sunday, some cutlass-wielding men from Assakae invaded Adientem, attacking the other men and terrorizing the whole community.

He revealed four men were injured in the clash, which two were cutlass inflicted wounds and the other two were poured acid.

The four are currently at the Kwesiminstim Hospital receiving treatment while investigation is also being carried out by the police.