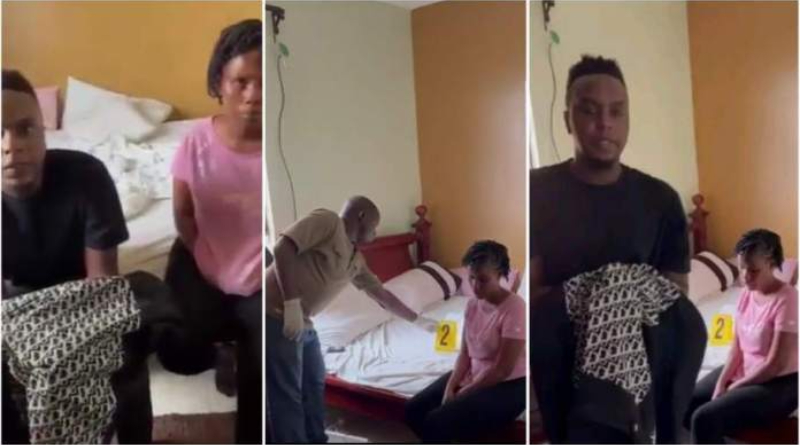 After being caught with a married woman in her marital bed, a popular Ugandan TV presenter is trending.

Mc Casmir, the TV presenter, works for NBS TV, one of Uganda’s main television networks, he has been trending after he was caught with a married woman.

The young TV host was caught in the act with his wife as the man of the house got home unexpectedly.

To avoid taking the law into his own hands, he shut the door and contacted the cops, who arrived promptly and handcuffed the humiliated TV host.

During police questioning, the woman stated she was forced to cheat since her husband did not satisfy her.

The prominent TV host is seen asking for forgiveness from the man like a toddler in the viral recordings.