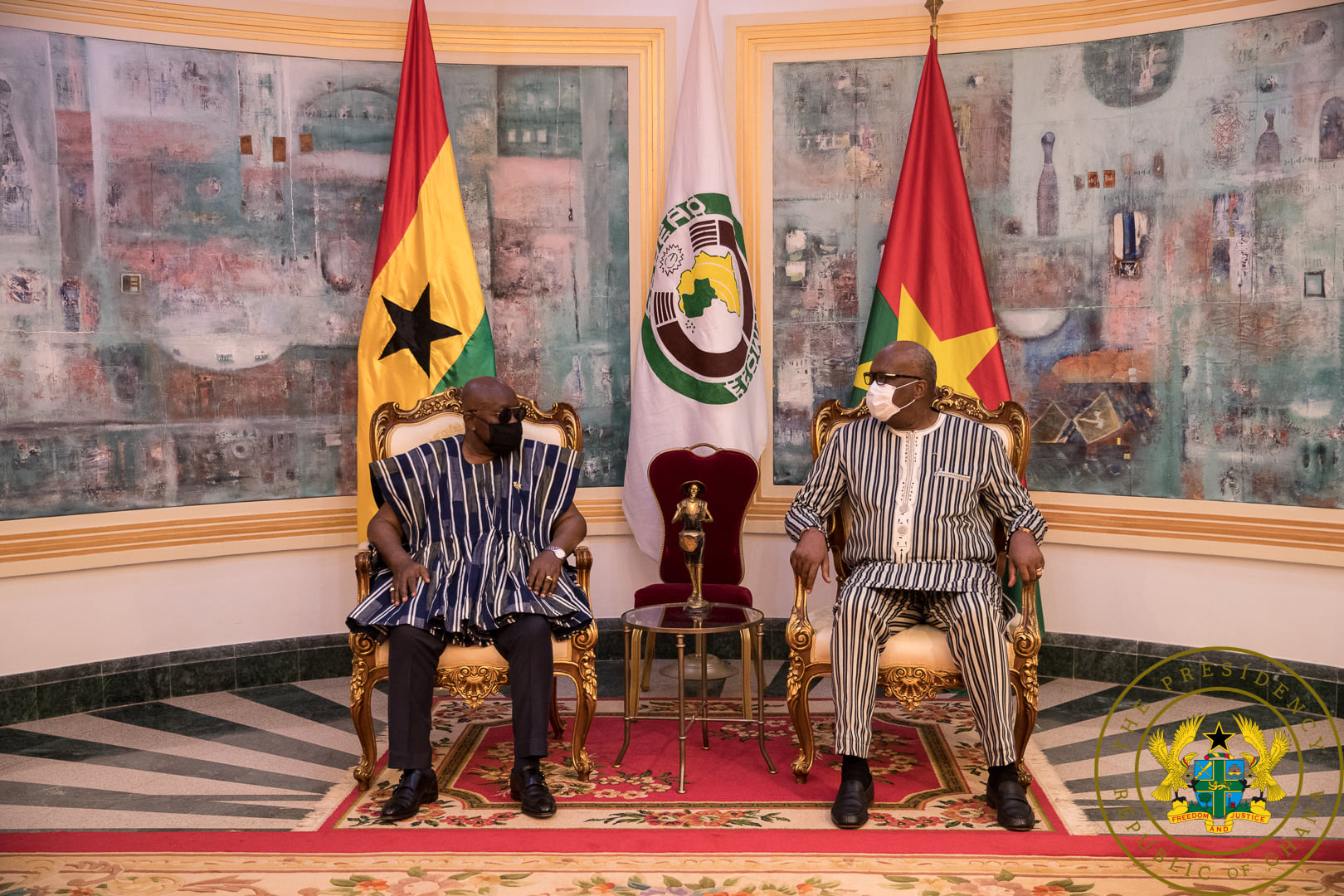 President Nana Addo Dankwa Akufo-Addo has assured the Government and people of Burkina Faso of the commitment of the regional body towards winning the fight against terrorism and violent extremism.

Commiserating with President Roch Marc Christian Kabore on Wednesday, 9th June 2021, in Ouagadougou, following the killing of some one hundred and sixty (160) people on Sunday by unknown militants, President Akufo-Addo who is also the Chairman of ECOWAS, stated that the scourge of terrorism must be defeated in West Africa if citizens are to live in conditions of peace, freedom, progress and prosperity.

According to the President, the fight against terrorism must be a collective effort, and, as such, it is incumbent on ECOWAS to pull together and assist countries, such as Burkina Faso, Niger and Mali, that are at the frontline of the battle against terrorism and violent extremism, to win the fight.

With the next ECOWAS Summit scheduled to be held in Accra on 19th June, the ECOWAS Chair indicated that top of the agenda of the meeting of Heads of State will not only include reforms to the Organisation, but also a firm resolution by the Member States to implement a comprehensive plan of action to combat effectively the menace of terrorism.

President Akufo-Addo reiterated further the determination and commitment of Ghana to deepen and strengthen the ties of friendship and co-operation with Burkina Faso, in areas such as infrastructural development, railways development, and agriculture, for the mutual benefit of their respective peoples.

On his part, President Kabore thanked President Akufo-Addo, the Ghanaian people, and, indeed, the people of the ECOWAS Community for the solidarity shown to the Burkinabe people in these difficult times.

He noted that, with countries such as Mali, Burkina Faso, Niger, Nigeria and Cote d’Ivoire, in recent times, bearing the brunt of terrorism and violent extremism, it is important that countries in West Africa rally behind each other to defeat the menace.

The Burkinabe President stressed that it is only West Africans, working together, that can defeat terrorism, and, thus, lent his support to his Ghanaian counterpart’s call for ECOWAS to take the lead in the fight against terrorism.

President Akufo-Addo has since returned to Ghana.