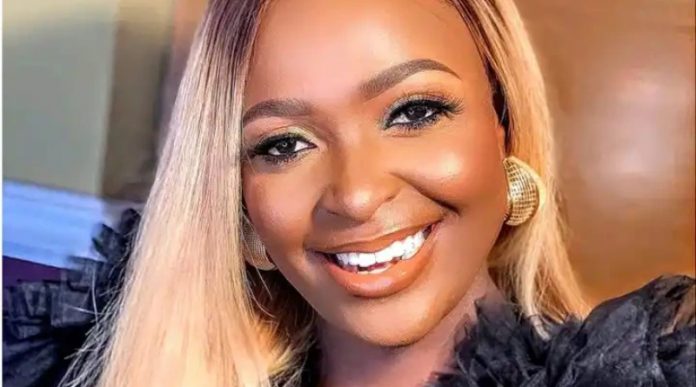 Speaking to married women, the relationship therapist advised women to spice up their look because that’s the reason their husbands chase young ladies like herself who are always cautious of their appearance. According to her they “always maintain beauty” and put in efforts in every aspect to keep looking beautiful.

The mother of two emphasized on the need for married women to be cautious of their look too just like the singles who may end up ‘snatching’ their husbands, adding that men are “visual beings” who are attracted by what they see.

To her, women tend to loose interest in their appearance after marriage. They tend to become less playful and fun, and become boring, which is bad for their marriages.

She advised them to loosen up, probably change their usual look to something different and beautiful to add some spice to their marriage.

She went on to urge women to master the art of capturing their husband’s heart in private so they could have access to anything they desire.