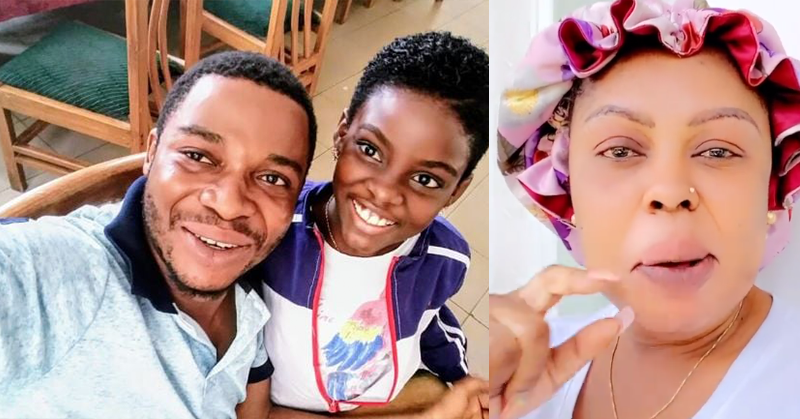 Afia Schwarzenegger has finally replied to social commentator Twene Jonas for the unprintable words he rained on her a few days ago.

Vociferous social media commentator, Twene Jonas in one of his Facebook live videos addressed and insulted comedienne Afia Schwarzenegger after the latter took a subtle swipe at him, calling his a “homeless riffraff.”

In response to all the name-calling including a “harlot”, the loudmouthed mother of three dragged the entire family of Twene Jonas in the mud and advised him to relocate his poor father from the ‘bush.’

According to Afia Schwar, Jonas is only bitter because he does not possess a degree certificate which makes him rant out of frustration.

Adding insult to injury, Afia disclosed that Twene Jonas made it to America on the wings of young talent, DJ Switch. However, when it was time to return home, Jonas was nowhere to be found.