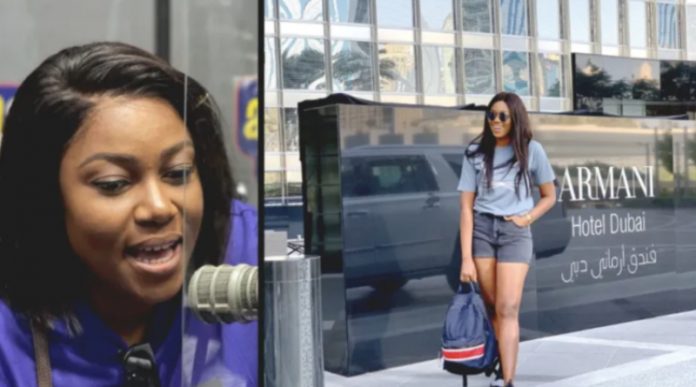 Sugar Daddies, according to Yvonne Nelson, sponsor girls who travel on holiday to Dubai.

On Fiifi Pratt’s Afro Joint show, she stated that only sugar daddies sponsor ladies for vacations in Dubai.

Asked of her take on the Dubai Porta Potty she run round circles without going straight to the point.

She said she’s not even heard about it despite it becoming a trending news on social media.

Yvonne Nelson then said she isn’t someone who judges people on how they live their lives.

When pushed to give an answer she said the Porta Potty is too extreme and God didn’t create humans to sleep with dogs.