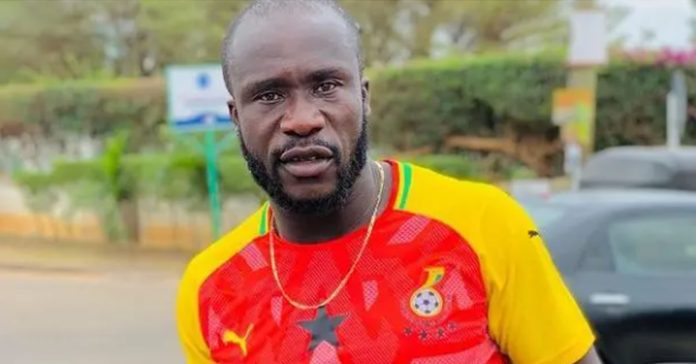 Amusing and entertaining people through craft embedded with subtilty, has been come the profession of countless individuals across the entire as their fans continue to jubilate over the manner in which they comically entertain them by causing laughter where they are pains and worries are easily forgotten.

It is of no exception that Ghana also has such amazing talents exhibited through various means and circles with people who have made it their routine to be amusing people under their skills unabated and talents being exhibited.

There are some individuals who are fond of certain individuals local comedians like Agyakoo, Akrobeto or Lilwin and others but there is a fast rising comedian in the news now who is making much waves in the media scenes without any doubt. Actor and comedian Ebenezer Akwasi Antwi, also known as Ras Nene, Dr Likee, is one of the fast rising celebrities who is hugely dominating the media space particularly on social media because of his satirical tricks and comicality coupled with intelligence.

He is such an interesting figure to look out for when it comes to talents due to his wonderful nature of marvelous act work. Dr. Likee or Ras Nene, is well spoken about since he has some extraordinarily unique character traits that dozens of the world celebrities could not have been endowed with but this satirical Ghanaian comedian, has such dexterities without any ambiguities.

This Dr. Likee, whose real name is Ebenezer Akwasi Antwi, has spectacular traits to speak voluminous languages while beating others who could not eloquently express themselves plainly even in their own mother tongue. Ras Nene speaks flawlessly, seven indubitable languages including; English language, Hausa, Dagbani, Kotokoli (Tem), Twi and many others. Due to this undeniable fact, he is bringing the entertainment industry into life since many people in the space could not express themselves comprehensively for the audience to understand what they are trying to communicate through their movies and comics.

It is as a result of this that, the young enterprising Dr. Likee, aka Ras Nene, is largely dominating the media spaces in Ghana and other countries most especially, on social media scenes.