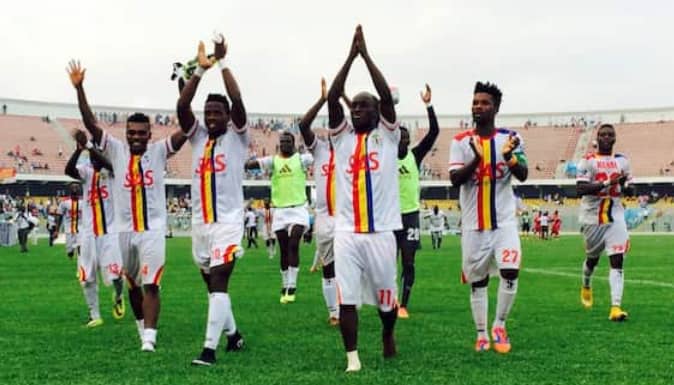 Hearts of Oak edged Asante Kotoko in a crucial Ghana Premier League game to extend their lead at the top to three points. Backed by a fervent and almost exclusively Phobians crowd at the Accra Sports stadium, Hearts took the lead through an in-form Daniel Afriyie Barnieh.

The forward benefited from a loosely hit strike by Frederick Ansah Botchway as he redirected the initial effort past Kwame Baah.

The goal which came halfway into the second half demonstrated Hearts’ dominance. The Phobians looked like they wanted it more after the half-time break and piled the pressure on the Porcupine Warriors.

Okrah had Kotoko’s best chance and could have levelled the score if he added more power to his effort. Okrah got on the end of good cross but his shot was rather straight at Richard Attah who grabbed the ball on a second attempt.

Both teams cancelled each other in the first half as no clear cut chances were created. The two teams were limited to long range efforts as Baah and Attah looked comfortable in the first half.Barnieh continues to shine Barnieh has looked a completely different player in the last few weeks.

His goal against Kotoko highlights his transformation since Samuel Boadu took over, and could possibly be the goal that decides the title.