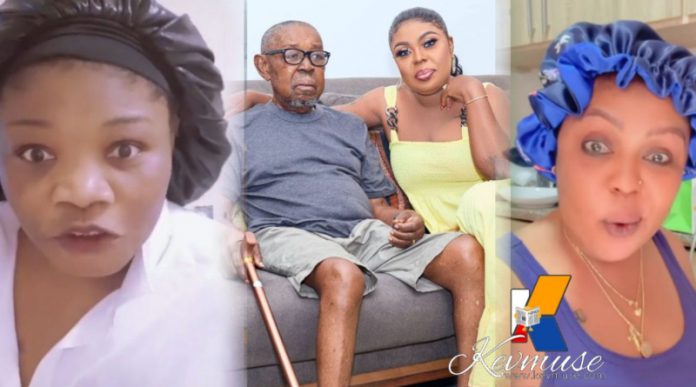 Afia Schwar is charged with killing Maa Linda’s father, who passed away on January 17, 2022.

Afia Schwar should be held accountable for the death of her father, according to Maa Linda, who is currently feuding with the comedian over her part in the elderly man’s demise.

In a viral video, Maa Linda accused Afia Schwar of taking his father’s blood for tea while he was still alive and alleges that this contributed to his death.

Afia Schwar’s father’s remains, according to Maa Linda, is allegedly inside her room. Maa Linda further asserted that she eats, sells some of her food, and uses the remainder for rituals.

Maa Linda responded to Afia Schwar’s allegations that her daughters were prostitutes with these damning remarks.

The two notorious women have been engaging in vicious conversation for a few days now, degrading themselves and disclosing one other’s secrets.

To learn more, view the video below below.

Stubborn Son Records Father In Bed With Another Woman To Show It To His Mother As An Evidence, But Video Leaked And Went Viral