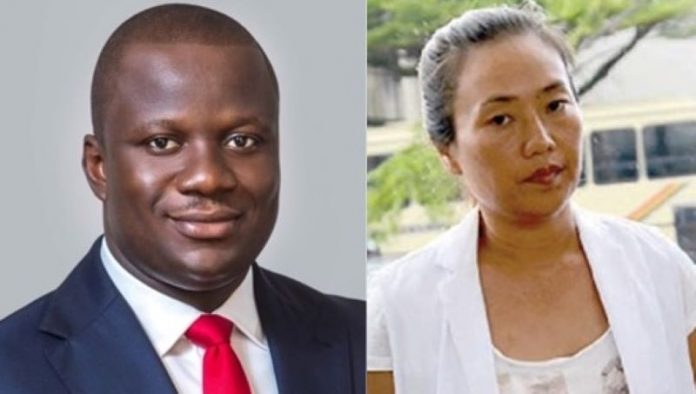 In criminal related cases that are pending before any court of competent jurisdiction, there are certain pronouncements that are not expected to proceed from the mouths or throats of people who may intend to talk about it in the way they make wish.

Some utterances are likely to be considered as prejudicial and premeditated because of what those involved in the matter are heard to be saying or expressing from one angle to the other.

Currently, there is a court case which is a criminal one by all standard, parties are forbidden from expressing their personal opinions on such a matter since it is still pending before court for the final determination of the case or other words.

Uttering prejudicial statements are also believed to be an affront against the integrity of those seating on the panel of the bench as jurists to determine the finality of the case standing.

Aisha Huang has been in the news for countless reasons which bothers most of her alleged involvement in the acquisition of some sensitive documents belonging to Ghana without lawful approval.

It is believed that certain individuals in the country who are occupying very prominent positions of the state compromised on their legally mandated responsibilities and granted her the impetus to obtain Ghanaian documents due to her financial standing as it was suspected that, she even greased the palms of some Ghanaian officials responsible for the issuance of such cards.

That notwithstanding, the minister of Lands and Natural Resources, Honourable Samuel Abu Jinapor, has assured the people of Ghana that, they should not eat salt and feel chest pains since he is ultimately with high hope that, Aisha Huang would surely be prosecuted for the crimes she committed against the people of Ghana.

It is the same ministry of Lands and Natural Resources officials that some people have been accusing for releasing lands to them after extorting huge colossal amounts of money from them, it is the same boss of the same ministry who is determined to cover up his reputation, is telling Ghanaian people to expect nothing from the trial of Aisha Huang versus the state but prosecution.