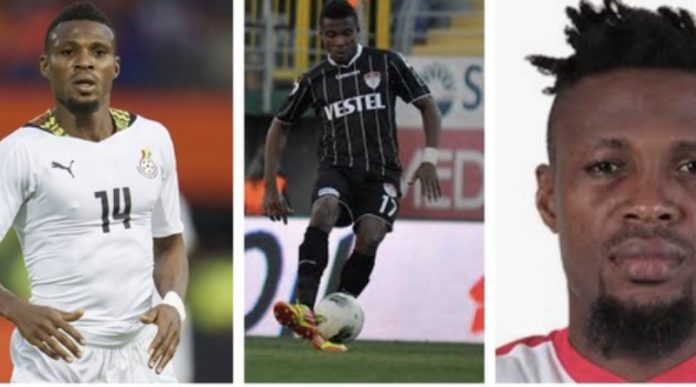 Akaminko has shown interested in returning to the Ghanainan premier league but believe it will happen next season.

According to him , Samuel inkoom and Sulley Ali Muntari factor has pave way for other senior players to return to the premier league.

” Is a good thing seeing Sulley Ali Muntari and Samuel Inkoom already playing for Accra hearts of oak” he said.

” I think it’s a good thing and it’s giving us hope that we can also play so I will play in the league but for now I don’t no which team ” he added.

However hearts of oak Supporters believe with Muntari factor he can convince the former black stars defender to join the phobians.