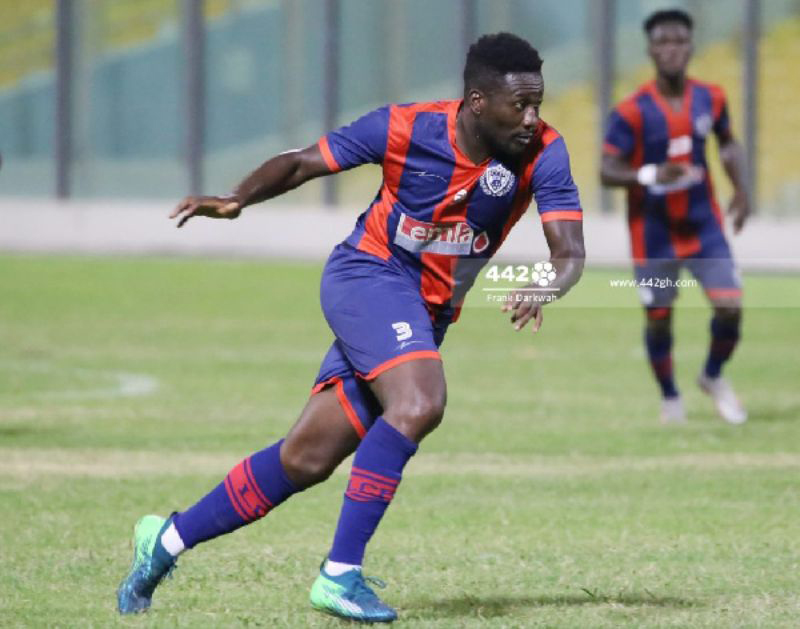 Some fans of Asante Kotoko reportedly booed Asamoah Gyan when he got on the pitch in the 75th minute and the Legon Cities forward has reacted to the incident.

The former Black Stars skipper is seen in a 3-minute-video ranting his heart out about the incident which occurred on Saturday during their clash with Asante Kotoko in the Ghana Premier League.

Asamoah Gyan who seemed unperturbed in the beginning said “there is only one Asamoah Gyan and they know it,” when reporters asked for his comment on the behaviour of the fans.

However, 48 hours after the incident, he published a video lambasting the fans telling them to be thanking their stars he is in the Premier League.

Why Asamoah Gyan was booed by Kotoko fans.
The legendary striker was linked with a move to the Porcupine Warriors after expressing his desire to play for them on several occasions.

However, on Ghana Premier League transfer deadline day he signed a mouthwatering contract with Legon Cities.

There were reports that Kotoko could not meet his financial demands while Legon Cities reportedly agreed to pay Gyan $1 million for a four-year contract.

And according to Gyan, Kotoko’s offer was not concrete to attract his signature.

“As everybody knows, I am a big fan of Kotoko. Since I was a kid I support Kotoko with my whole heart but this is work. As a professional footballer if something doesn’t suit me I can make my decision. It was something brief but it wasn’t anything concrete. I don’t want to even go into details,” Gyan told reporters.

“Right now I’m a player of Legon Cities, I’m here to enjoy my football. Kotoko is a club I always support and you might not know what will happen in the future.

He added: “It is not about money. As a footballer when you are going to a team there is a lot that should favour you like the environment. When it comes to money I’m blessed. I think Legon Cities have got a better project. They have got a lot of things to do in the future and I had to evaluate all.”

Gyan signing for Legon Cities mark his return to the local league after 17 years. He is hoping to make a big impact.