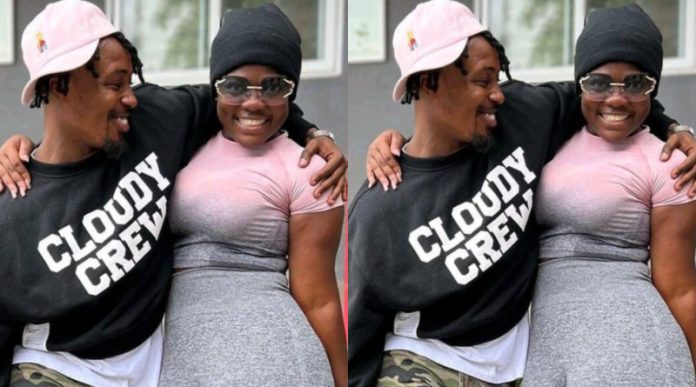 The mountain is on fire. For some, 2023 has begun on a “beef” and exposure note. It’s becoming amusing how Tiktoker Asantewaa and Cyril’s baby mother are feuding.

Eyram, Cyril’s baby mother, dropped some major bombshells on the Tiktok Star in a string of posts on Snapchat that sent the internet into a frenzy.

Asantewaa allegedly had an affair with Ghanaian dancer, dance coach, and choreographer Laud Anoo Konadu, also known as Dancegod Lloyd, according to posts on the baby mama’s page.

According to the post, Asantewaa confided in Dancegod that she wants him to satisfy her better and sweeter because her spouse is weak in bed and has a weak manhood.

Furthermore, it claims that during their intimate relationship, the Tiktoker became pregnant for the dancer and aborted the child to spare him from embarrassment. Although there is no proof for the assertions. Netizens have been disseminating the information.