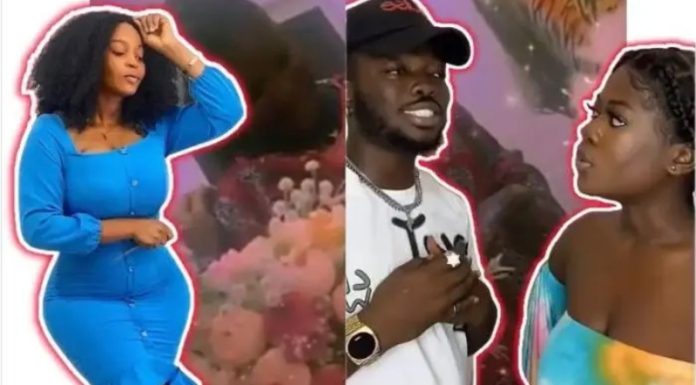 On Monday, a video of Asantewaa’s brother Kayverli accusing Eyram of fraud and abandonment appeared on social media.

Kayverli claimed that he and Eyram had made arrangements for her to give him a bed.

Kwame was left stranded without any means of support when Eyram allegedly stole all of his money intended for the furniture.

Kwame asserts that he was only able to purchase the item of furniture after making empty threats to return the money.

Many people who have shown their support for Kayverli have expressed displeasure about the video.

Others have criticized Eyram’s claimed activities and questioned why her business deal with Asantewaa, Kayverli’s sister, was still in place.

Eyram has now been charged with fraud and improper behavior twice. Asantewaa has previously charged her with robbing her of 300,000 Ghana cedis.

The episode serves as a reminder of the value of prudence and careful diligence while forming commercial alliances.

It is vital to thoroughly research any potential partners, including their business history, before entering into any agreements.

It is unclear what legal action Kwame is planning to take to resolve the situation, but the situation is being monitored currently.