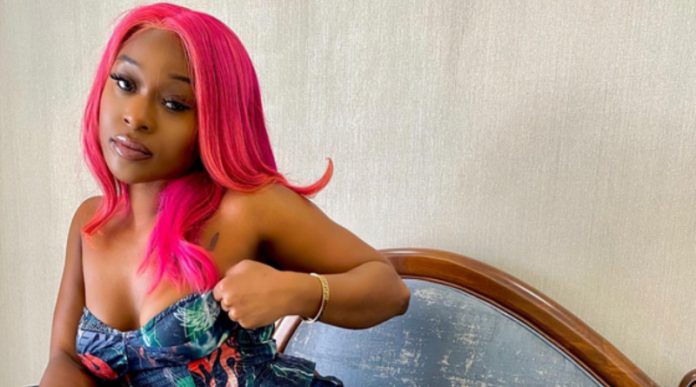 Actress Andrea Owusu, also known as Efia Odo, was severely knocked out after receiving a powerful uppercut on Twitter.

Efia Odo got into a Twitter argument with a user over the latter’s apparent ignorance about her line of work.

In the midst of the argument, a different internet user entered and labeled Efia Odo’s occupation as “adwaman” — prostitution!

As soon as Efia Odo was asked to release a new track, a social media user hopped onto her account to start this disastrous conversation.

“Efia you’ve been absent in the industry. I think that should be what we’ll be talking about. Cos shey gang (Wendy Shay) have been making wave so be hurry and drop a hit song so [you] wouldn’t fade away,” the netizen wrote.

Odo, of course, is not a musician and replied as much.

That prompted the netizen to reply and ask what exactly she does.

“)b) adwaman,” a bystander fired back.

Check out the interaction below…