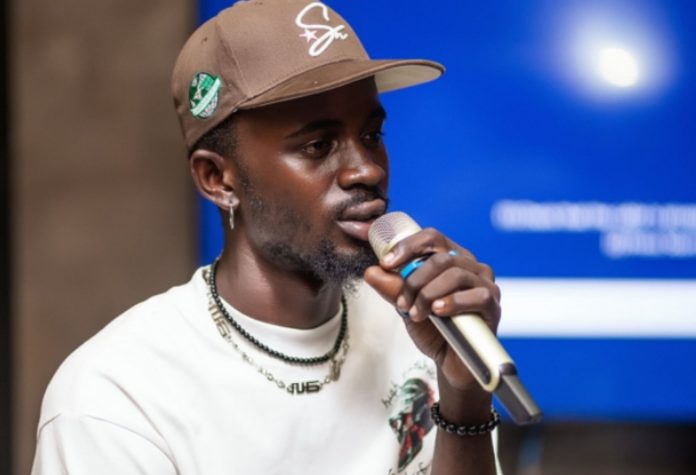 Sherif Mohammed Ismail Kwaku Frimpong, also known as Black Sherif in the entertainment industry, has reached another milestone in his music career “Black Sherif on Billboard”:

‘Kwaku The Traveller,’ which debuted at the 3Music Awards on March 26, 2022 and was
officially published at midnight on Wednesday, March 30, peaked as No. 12 on the Billboard
Top Triller Global Chart.

The song has previously peaked at number two on the Top 20 Afrobeats Chart. Over 4
million people have viewed the audio-slide “Kwaku The Traveller” on YouTube. 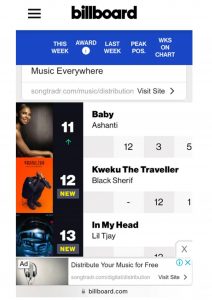