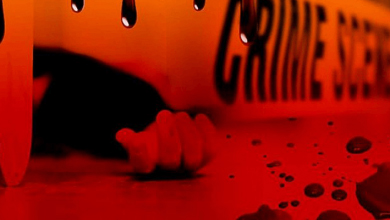 A 65-year-old man Agya Abrokwa has shot himself at Ekumfi Ebiram in the Central Region.
Speaking with DCE, Hon. Grant, he said around 8:15 am, he had a phone call from the Ebiram town that, a retired teacher Agya Abrokwa has killed himself with a gun without the notice of anyone.

In addition, her wife Mary Abakah also said and explained to us that, she woke up in the morning only to go and sell her kenkey. The moment she reached there, she had a phone call that her husband has shot himself.

Unfortunately, she quickly rushed to the house and saw the unfortunate incident. Now the body has been sent to Saltpond morgue for autopsy.

His son, Eclessiates Aikas in an interview with Nana Kwabena Ampratwum on the Silver Omanbapa morning show explained to us that the incident happened around 8:15 am this morning. Their Dad informed them he’s going to the farm only to hear of their Dad sudden demise.

He said his Dad wasn’t sick; he informed them of going to his farm only to see their Dad in a pool of blood in an uncompleted building.

He said the cause of his deceased father is yet to be known.