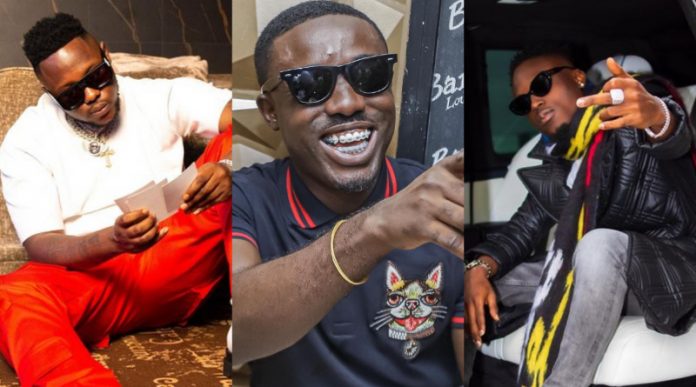 Criss Waddle, the CEO of AMG Business, has explained what sparked the never-ending banter between two of his protégés, Medikal and Okese1.

Okese1 allegedly contacted him and expressed his displeasure when Medikal unfollowed him on Instagram for reasons he didn’t understand.

Criss Waddle revealed in an interview with Fiifi Pratt on Kingdom FM that he personally reached out to Medikal and resolved their problems, causing them to put their differences behind and rejoin as brothers.

However, once Okese1 released his first hit song “Na Today” and went to Hitz FM for an interview with Andy Dosty to promote the song, there was a second phase of their banter.

He stated that there was a misconception that Medikal rubbished Okese1 to Andy Dosty and that inspired Andy’s decision to drive Okese1 out of his studio.

Criss Waddle stated that he has decided to step out of their beef this time around because he was once forced to breach the gap between the two rappers but he feels the two want their second beef to be handled differently.