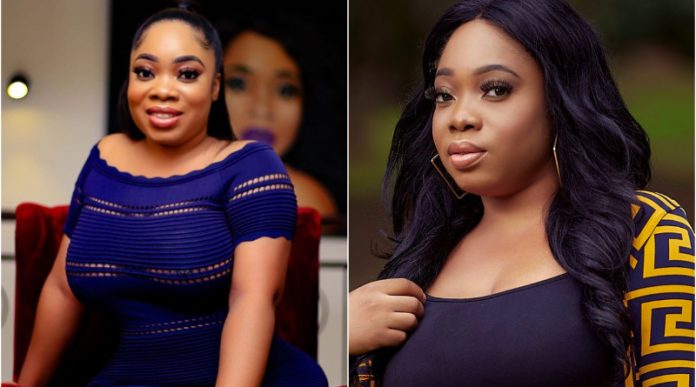 Moesha Boduong, a reformed Christian and former slay queen, has revealed that she is currently dating a popular man of God.

Moesha Boduong has come forward to make a U-turn on the admissions she made when she first started her repentance journey. It’s worth recalling that the actress stated a lot of things a few months ago when she was going through a hard patch.

The actress said that she is currently in a relationship with a well-known man of God during an exclusive conversation with blogger Eugene Osafo-Nkansah. The man of God, she said, was her sole true companion.

Moesha, on the other hand, stated that she is not ready to share her man’s identify, but that her partner was the one who assisted her in her spiritual encounter with God. She revealed that the man of God she is dating is currently facing harsh public condemnation and that she does not want to contribute to his suffering.

She also stated that she adores him and that he has set up a water company for her as well as a few other enterprises that are currently her source of income.

“Branding my business with my identity would never make anyone purchase my great brand since the world hates to make actresses rich through their businesses. I am a great entrepreneur that was never seen working but I was making so much money silently and always pretending to the whole world. Indeed, I am a smart young woman”, she said.