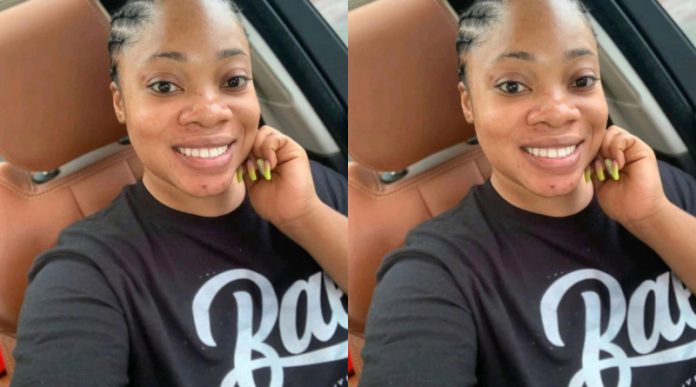 Moesha Boduong, a Ghanaian socialite and actress, has reacted to a disclosure made by her former personal assistant, Nelson, regarding her.

It may be noted that shortly after Moesha Boduong made headlines with her confession a year ago, an audio recording of her former PA conversing with Ghanaian actress Salma Mumin was leaked.

The recording contains some hurtful statements, and Moesha has finally responded to the audio after several months.

She responded to this in a recent interview with Eugene Osafo-Nkansah of Peacefmonline.com, in which she said:

“All that Nelson said were fabricated stories and I would personally invite him to an interview and make him publicly confess to the general public . I am never all that my PA said about me .I only accept the story about Salma because …she openly fought me online for the whole world to see .God is king”

Weeks ago, Moesha disclosed that she’s going to be the next Nana Ama Mcbrown of Africa as she reveals the kind of things she’s going to do to make her that.

According to her, she’s going to host her own TV show, be the face of many great brands, make sure Kumawood movies are back and everyone will love her acting, and start watching local movies all over again, praying that God helps her.