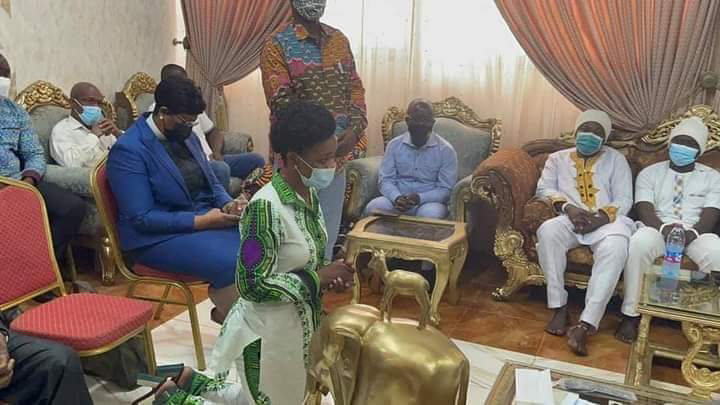 Ghanaian Gospel Musician, Diana Asamoah, who was on Monday, 10th May, 2021 arraigned before the Ga Traditional Council following some disturbing comments, has begged Ga chiefs for mercy.

This comes after she made an unfortunate statement about the Ga festival, Homowo, which she ignorantly tried to link to idol worship and called for its abolishment in the near future.

At the traditional council, the case was presided by the acting president, Nii Adotey Otintor II together with some chiefs and priests from the Ga Mashie quarters of Accra.

She suddenly went down on her knees to beg for mercy from the chiefs as the case was ongoing.

She was then directed to go on the online channel where she made those pronouncement and then come back for a final judgement.

The Ga Traditional Council weeks ago had been put on their toes and given an ultimatum to take drastic actions on this issue by the GaDangme Youth Association, which they have heeded to accordingly.