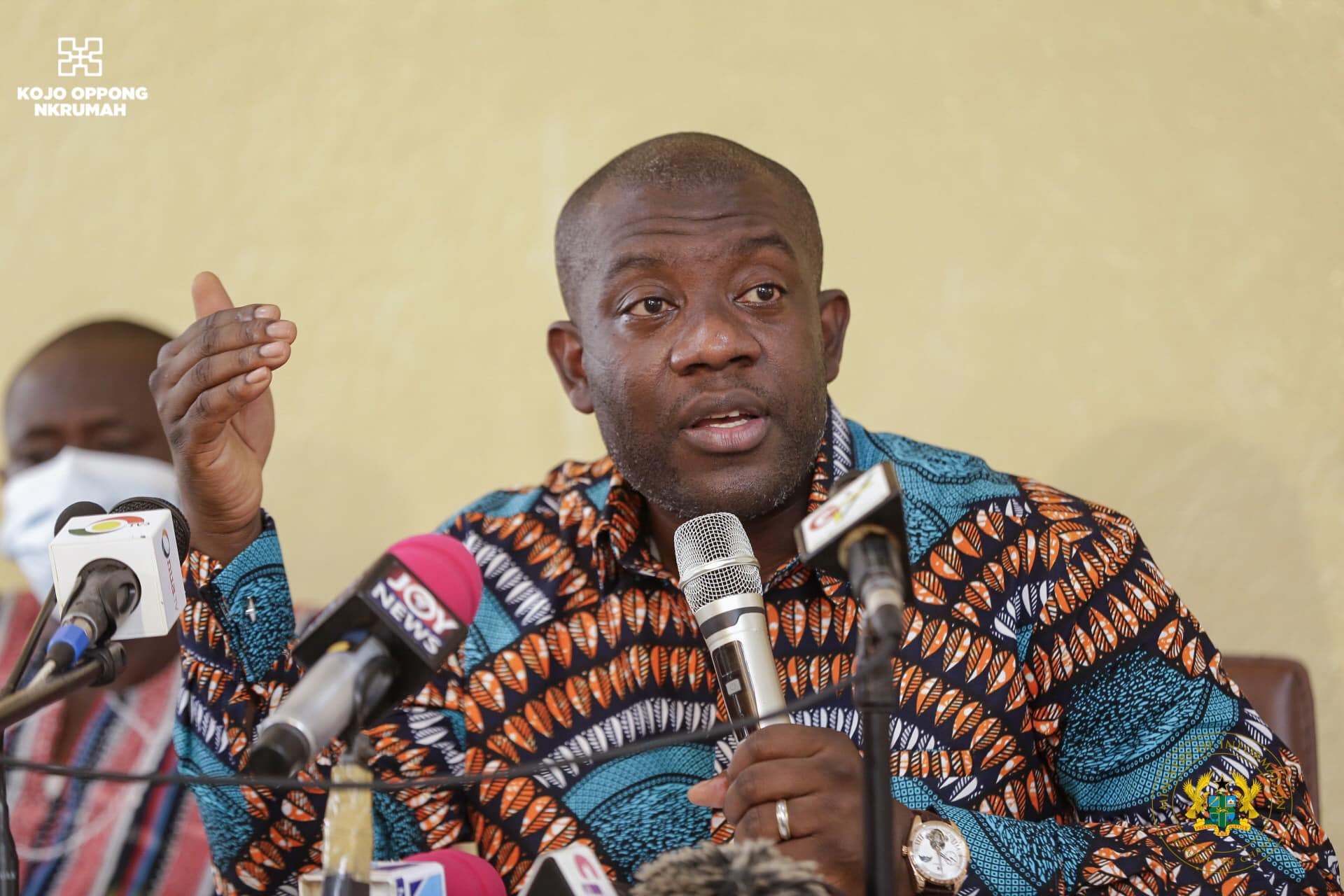 Information Minister Kojo Oppong Nkrumah has described as fake, news reports attributed to him that he has said Ghanaians should pay their road tolls and get their roads fixed.

He called on the general public to disregard this report.

The Ofoase Ayirebi lawmaker is reported to have said in response to the #Fixthecountry movement that Ghanaians must pay their road tolls to enable the government provide good roads.

But in a tweet, he said “Take note that this story circulating is fake.”

Take note that this story circulating is fake. pic.twitter.com/iiHN40IY1C