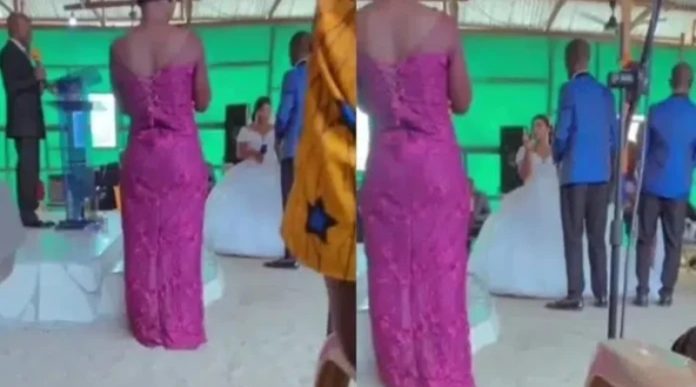 Bride changes her mind to marry on her wedding day

In a video that has gone viral online, a bride who was just a few minutes away from becoming a legal wife suddenly changed her mind for unspecified reasons.

She showed hesitation and a desire to avoid entering into holy matrimony with the man as they prepared to exchange vows at the pulpit.

A well-known social media video shows the bride’s response to the presiding clergyman’s question of whether she would accept him as her husband: “No.” The pastor asked her the same question once more to make sure she was confident in her answer.

The man motioned for the person to remain back as they were approached by someone who appeared to have questions for the bride and groom. The wedding guests were immediately plunged into a state of bewilderment as they pondered what might be wrong.

Someone inquired, “What’s going on?” Those who perceived the reality on the ground at the wedding eventually left the location in sadness and disbelief.