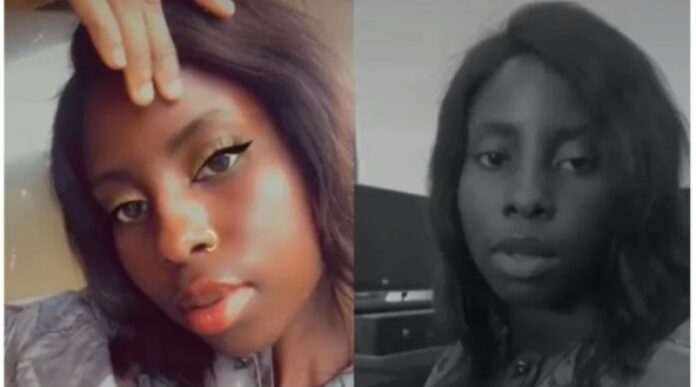 Three days before her big day, a no-nonsense woman called off her wedding, and the rationale for her odd decision has created a heated discussion among friends.

Kemi, a Nigerian woman, stated that ever since he proposed to her and set a date for the wedding, she has been footing the bill alone because he hasn’t helped with the preparations.

She announced the delay three days prior to the wedding, blaming her fiance’s laid-back attitude as the main factor.

From the post Kemi shared, it became apparent that her fiancé offered to reimburse her for all of her expenses and informed her that his money is in a fixed deposit.

However, she claimed that after seeing a counselor, she decided to call off the wedding, albeit she is unsure if she made the correct choice.

Sharing the intriguing tale, Kemi wrote; ”Just called off my wedding because of my fiancé nonchalant attitude. This guy hasn’t dropped one penny and wedding is in 3days, he keeps saying his money is in fixed deposit and that he will refund me. Spoke to a counselor and decided to call it off. Hope I did the right thing.” 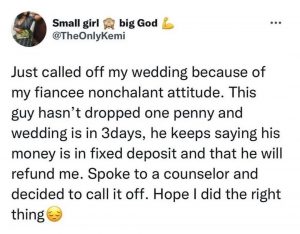