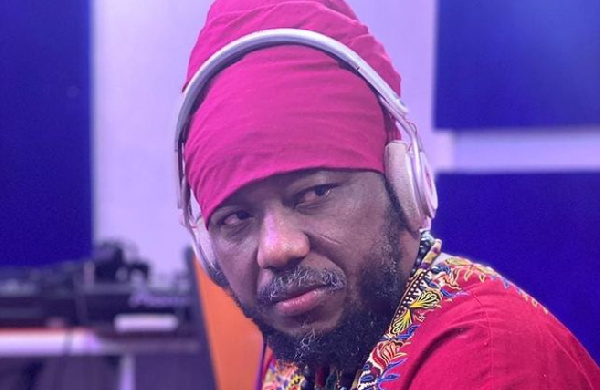 A celebrated broadcaster and a dynamic music maestro, Blakk Rasta, has told Dr. Kwabena Duffuor, the founder of the EIB Network, the operators of Star FM and others, that,

it is high time he thought of the personal safety of his workers who are gradually inching closer to an abject poverty even though they are working but it appears as if they were made redundant for several years due to his high handedness culminating from his intentionally decision not to pay his workers but rather, he is in the public scenes doing charity works as if he is all that gracious and compassionate employer.

According to Blakk Rasta, he personally wonders if it is the same Dr. Kwabena Duffuor who is the champion of the benevolent organisation with the name “Ahotor Project” because of how his own staff members at Gh One Television network and its substations under his tutelage, are being left to rot completely with hunger as if they are his bondservants who have no human right to eat on this earth.

The anger of the celebrated reggae dancehall artiste, has responded to instances where the workers of his media houses have not been paid for some reasons known to him because he is the same person who goes about helping people out there unknown to him with his so called self acclaimed charity organisation, Ahotor Project.

He deliberate institutionalised Ahotor Project as an institution established to champion the cause of his presidential ambition but he is not willing to pay those who are working so hard for him at Star FM, Gh One Television, Class Media House and their subsidiaries broadcasting networks as it had been reported earlier that he even owed some of his workers to the tune of over one year outstanding arrears but the same person goes out helping those in other parts of the country with freebies because he is pursuing his political dreams of being the flagbearer of the main opposition political party, the National Democratic Congress whilst, his employees working at the various media channels are not being catered for.

It is as a result of that malevolent treatment he has meted out to his workers, he is urging him as a responsible father, he must pay his workers so that they could at least smile while they continue to remain loyal and dedicated to their work.