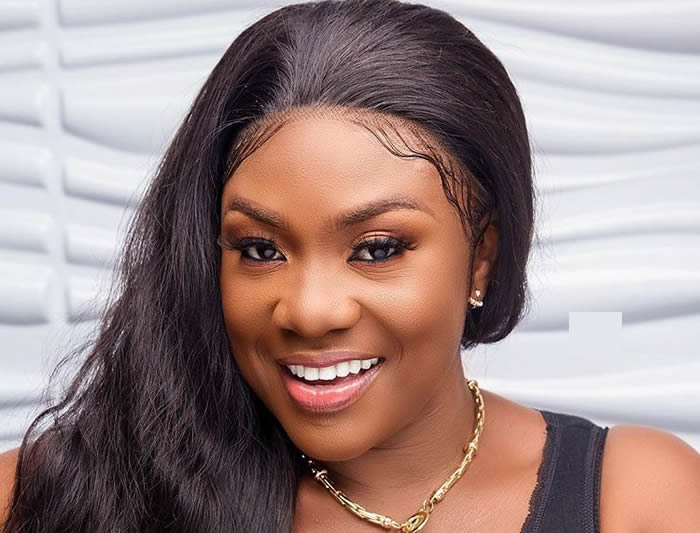 I am not giving up on music – Emelia Brobbey

In 2019, when actress Emelia Brobbey decided to venture into music with her first single, Fa Me Ko, she faced a lot of ridicule from Ghanaians, with many teasing her for her ‘bad’ voice and asking her to quit.

However, she did not mind the critics and forged on and though it has been a while since she released any new song, Emelia says she has no intentions of giving up music anytime soon.

“There is no way I am giving up music because of criticisms I faced in the music industry. As a new artiste, especially as an actress trying my hands at music, people will talk about it but that will not make me stop what I love doing. I am doing well in the music industry and there is no stopping me,” she told Graphic Showbiz in an interview recently.

According to Emelia, releasing five singles accompanied by videos from last year till now should tell anyone that she was serious about music.

“I have music videos to all the singles I have released and Makoma (featuring Kuami Eugene) hitting over 1.6 million views shows that I am doing well and I need to be appreciated. How many musicians get 1.6 million views for their videos in four months?” she said.

She disclosed that she had plans to feature top acts such as Stonebwoy, Shatta Wale, Sarkodie and Kwesi Arthur on her upcoming songs.

“I am planning collaborations with some of the biggest artistes in Ghana who have also agreed to work with me and very soon Ghanaians are going to feel me more. I have talented songwriters who are writing for me and with the best collaborations I plan on having, I know I will ‘blow’ soon,” she said.

For now, Emelia Brobbey is into other businesses such as sachet water production which she says is doing very well.

“As an artiste or a celebrity, you need to invest in other businesses and that is what I am doing. I have Start Pure Water and EB Natural Mineral water which are doing well. I have other businesses I am making a lot of money from apart from acting and I would advise that celebrities do same,” she stated.