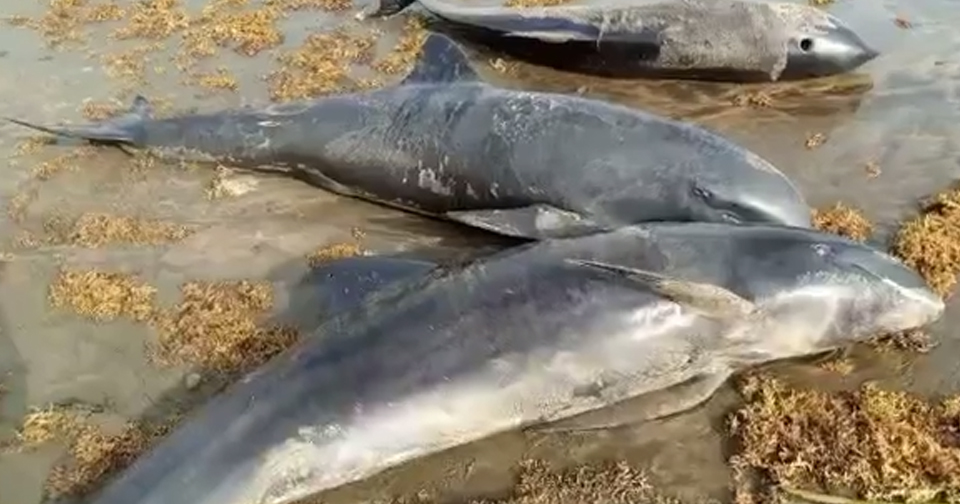 In as much as it is a problem that needs to be investigated by the relevant authorities. The people of Axim-Brawire beach in the Western region of Ghana on the 4th of April 2021 saw it as manner from above as Dead Dolphins numbered over 60 that were washed ashore got missing. It is not in doubt that the Dolphins are delicacy to the people of the Coastal area. Ghbuzznews sources gathered that the processed Dolphin fetches a high price at the market resulting in the mad rush and subsequent disappearing of the dead dolphins.

Are the carcasses of the dolphins wholesome or safe for human consumption?

Did the dolphins died as a result of the effect of global warming?

Did they came into contact with poison? These and many more were some of the basic questions people were asking. Until the relevant authorities come out with these answers, the over 60 dead dolphins continues to be missing and has probably ended up in the plates of people’s homes already.