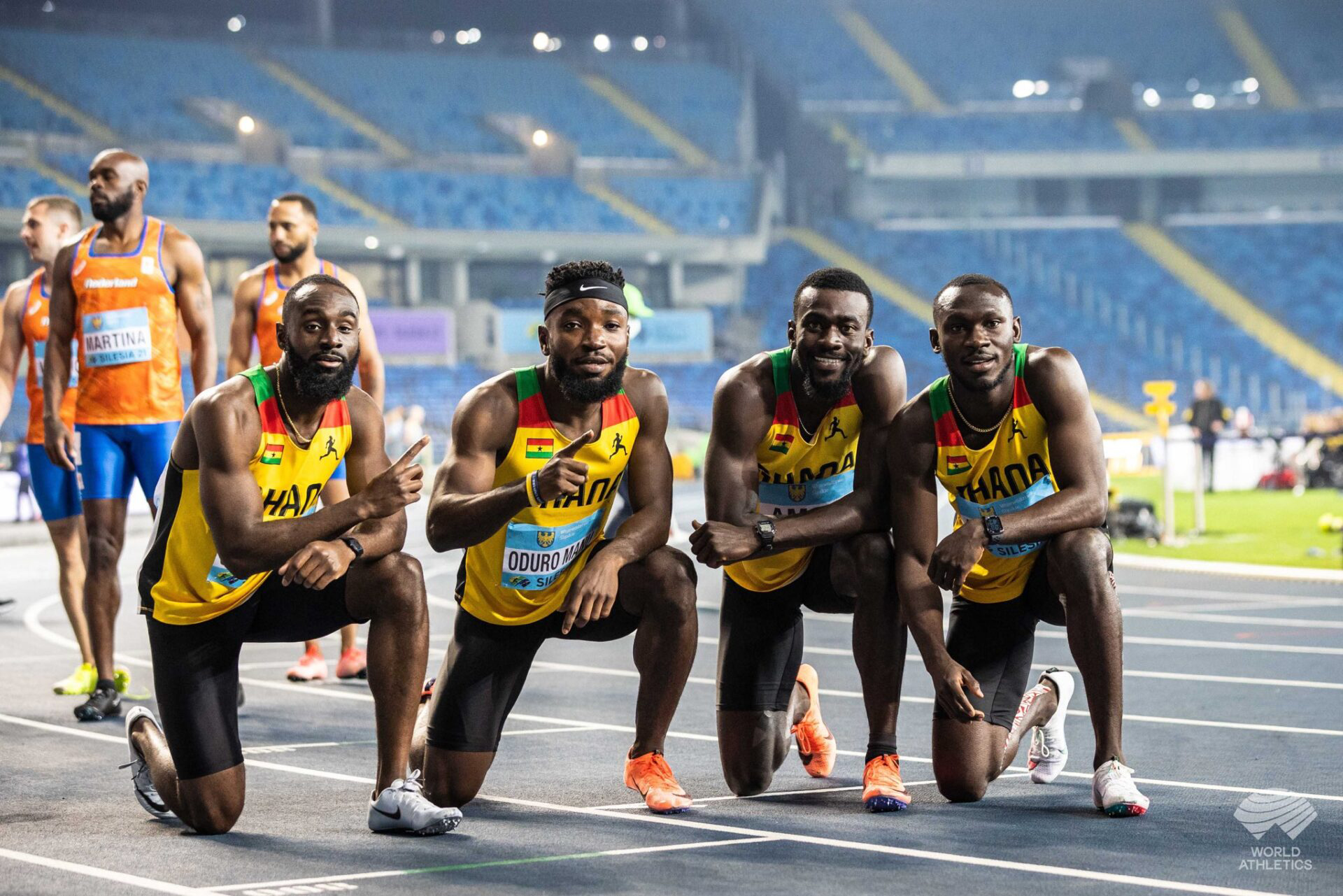 The team initially finished third in the final behind Brazil and South Africa with a time of 39.11s but minutes after the race and time confirmations, drama ensued as Brazil and Ghana were disqualified.

GHANA’S DISQUALIFICATION CAME AS A RESULT OF A LATE CHANGEOVER – RULE TR 24.7 BETWEEN THE PAIR OF AZAMATI AND JOSEPH MANU.

Ghana’s disqualification came as a result of a late changeover – Rule TR 24.7 between the pair of Benjamin Azamati and Joseph Manu.

In the process, it means South Africa, Italy, Japan and Denmark were the only four out of eight competing teams to record times in the men’s 4x100m.

On a slightly brighter side, the decision is subject to an appeal from team Ghana.

The quartet of Benjamin Azamati, Safo-Antwi, Joseph Paul-Amoah and Joseph Manu has already secured Ghana a place at the Olympic Games and the 2022 World Athletics Championship to take place in Oregon, USA.