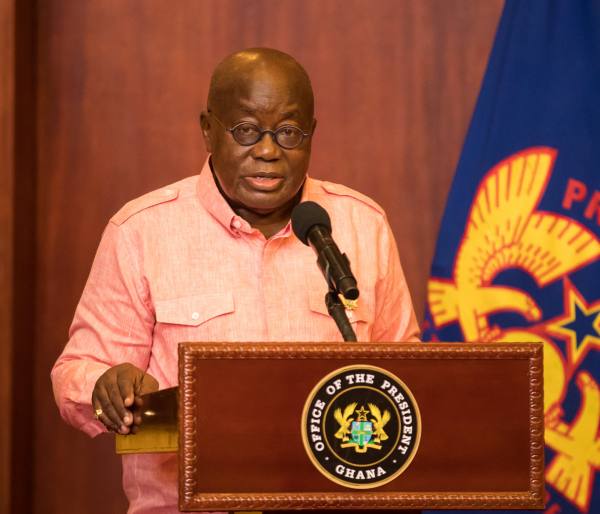 The President of the Republic of Ghana, His Excellency Nana Addo Dankwa Akufo Addo, has given the strongest indication yet that, despite the current economic unfriendly environment created by his government as a result of the global economic meltdown, he is of the firm belief that, very soon, things are going to pickup in the right appropriate directions where Ghanaians who have claimed to have lost trust and confidence in his political governance of Ghana, would begin to rejoice and celebrate because, there is a change of wind blowing in his spirit that says, it is well with your country financially.

According to the president, he said, it is not going easily reproductive in any other country apart from Ghana where economic infractions are not being faced by such people but they are also trusting and believing that very soon things are going to work where they would also feel the positive impacts in their various pockets therefore, his Ghanaian counterparts should also have the same assurance and confidence as he is but they should be optimistic and not pessimistic about the future prospects of Ghana because, he believes that the future of Ghana is bright and colourfully decorated even though at this present juncture, it is not exactly what the picture looks like but he strongly hopes things will return to normal and the economic fortunes of Ghana shall boom.

He further assured Ghanaian people to be of positive mindset and expect the best only from his government because he is the best president ever to have happened to Ghana because of the policies that his leadership has introduced in the country in his quest to reducing and alleviating poverty many Ghanaian homes to create a better and prosperous future for their children and families as a whole.

But despite all the sweet and juicy assurances given by the president to Ghanaian people, he knows within his heart that majority of the people in the country have broken ranks with him bitterly due to his repressive and repugnant leadership which has crippled the economic opportunities of countless Ghanaian business owners and their workers.

Ghanaian people are struggling to survive under his administration because of the mismanagement and profligate insatiable spending appetite with only one logic thinking step because of how they are misappropriating state resources imprudently for their own parochial interests.

It has been trending in the news nowadays that, huge colossal amount of money being misappropriated by certain public institutions under which he personally appointed his cronies and loyalists to handle, could not render any coherent and thoughtful accounts as to how exactly such significant resources belonging to the country, have been spent.

Ghanaian people were rather expecting him eagerly to address these outstanding and pending matters affecting the development and fast stability of the country rather than trying to react with knee jerk attitudes and promises because he really knows even though he is having a hard forehead and a stubborn heart.

Ghana has headed briskly to the International Monetary Fund, IMF for the eighteenth times since Nana Addo Dankwa Akufo Addo assumed office as the president of government after claiming to have won 2016 and 2020 general elections which were although doubted and fiercely challenged and revolted against by his main contender, Former president, John Dramani Mahama because he never believed and conceded that, he, the incumbent president, genuinely and transparently won the presidency on a fairly played game.