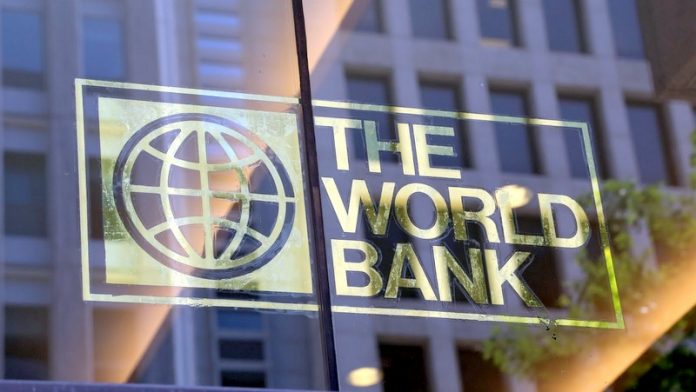 Ghanaians are not walking on air presently as their plains and lamentations about the debilitating comatose state of the country’s economy has caused lives in the nation to be meaningless for them despite their numerous chastising on the part of government concerning how the economy of Ghana is being managed by the wrong and thoughtless hands but the International Monetary Fund, has given Ghanaian youth assurances that all is well with the economy of Ghana where the citizens are wallowing and sinking deep in poverty day in day out.

The World Bank, has given hope to Ghanaian people that, as the government currently approached them about how the restore the economic fortunes of the country, they are very sure that, things will bounce back in due cause and thus, Ghanaians should not lose confidence in the leadership of the country because they are working around the clock to helping Ghana come out this severe austerities that the economy of the nation is going through without solutions readily available to help salvage it from further deterioration.

According to the International Monetary Fund, they are the best people to assist Ghana to smile once again after going through a lot of economic infractions caused by profligate spending and financial malfeasance as certain individuals of the country put it but those times are over for everyone to cheer up and say it is well with their finances in the country once again.

The World Bank pointed it out that, they realised things are not turning right at the economic fronts in the country and in the pockets of countless Ghanaian people as a whole but they wanted to assure all and sundry that, they should have faith in the presidency of Nana Addo Dankwa Akufo Addo and his appointees who have gone back to negotiate modalities involved in acquiring loans from the World Bank to embark on some certain selected projects in other parts of the country as the president himself claimed that he intended to initiate such projects hence his executive order instructing and ordering the finance minister and other members of his team to reach out to the doors of the world’s economic giants, International Monetary Fund, IMF, for financial bailouts so as to help revive and stabilise the economy of Ghana.

The International Monetary Fund has issued a statement, indicating that, they received a delegation from Ghana under the orders of the president to engage them on how they could help Ghana survive and getting out of their economic challenges faced by the government and the financial repercussions incurred by the falling standard of the national economy which is causing high cost of living in the country where Ghanaians continue to bemoan and lament over the poorly manner in which the government is treating the matters affecting the country as if it is its own personal issue.

IMF further stressed out that, it acknowledges the difficulties that the people of Ghana are enduring at the moment but it can only give out the hope that they would do all that they could the help Ghana return to her former days of economic booms where Ghanaians will easily forget about the recession and turbulence faced by the country’s financial stability.

According to World Bank, the economy of Ghana is bright despite her micro-fiscal challenges facing and revolting against her future prospects and thus, they are currently going through the processes involved in restoring back the economic fortunes of Ghana as the government has sent delegations to negotiate with their officers.

Ghanaians can only wait patiently as usual even though they are the right appropriate people to talk about the finances of the country because they see and feel everything on daily basis, whether things bounce back financially to boom and boost their economic stress in the country or not, they have their civil rights and responsibilities to change or the maintain this disastrous commotions faced by them under this current malevolent administration which is only trying very hard to play with the emotions of the Ghana people because, they are peace loving individuals who do not voice out their challenges by confronting government’s inability to transform the country and by so doing, help them to progress steadily in their various fields of endeavours.