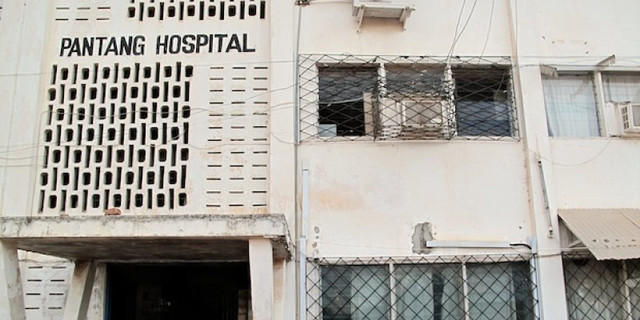 Hardly a day passes without gunshots being heard around the Pantang Hospital area. This is forcing the nurses to run for their dear lives.

The Eastern wing of the hospital housing the nurses is where the problem is, our reporters gather.

An eye witness says land guards terrorizing the residents have extended their unsanctioned behaviour to the hospital and vented their spleen on staff and everyone around.

On Monday, June 28, the nurses and other staff of the hospital boycotted their duties for fear of a second wave of attack by the land guards.

He had visited the area to check up on his workers who were working on his plot of land at the time.

Confirming the incident to 3FM, a Senior Physician Assistant and representative of the Ghana Physician Association at Pantang Hospital and one of the leaders of the Pantang Nurses Association, Nicholas Annor, said: “We are fleeing for our lives. We are fleeing from danger. There have been incidents of gunshots and a series of that at the OPD. Had this hit anybody we would have recorded a death case. We came here to work not to get into this mess. This is a danger to our nurses.”

He continued: “Sometimes the guys come on motor bikes. There are nurses who come in the afternoon and when they close and they are going home they come across guys who ask them to surrender their phones and bags. Some have knife wounds and the two nurses training colleges have their rooms bugled.”

A number of petitions have been sent to the Chief of Staff and the Ministry of Interior but no action has been taken yet.