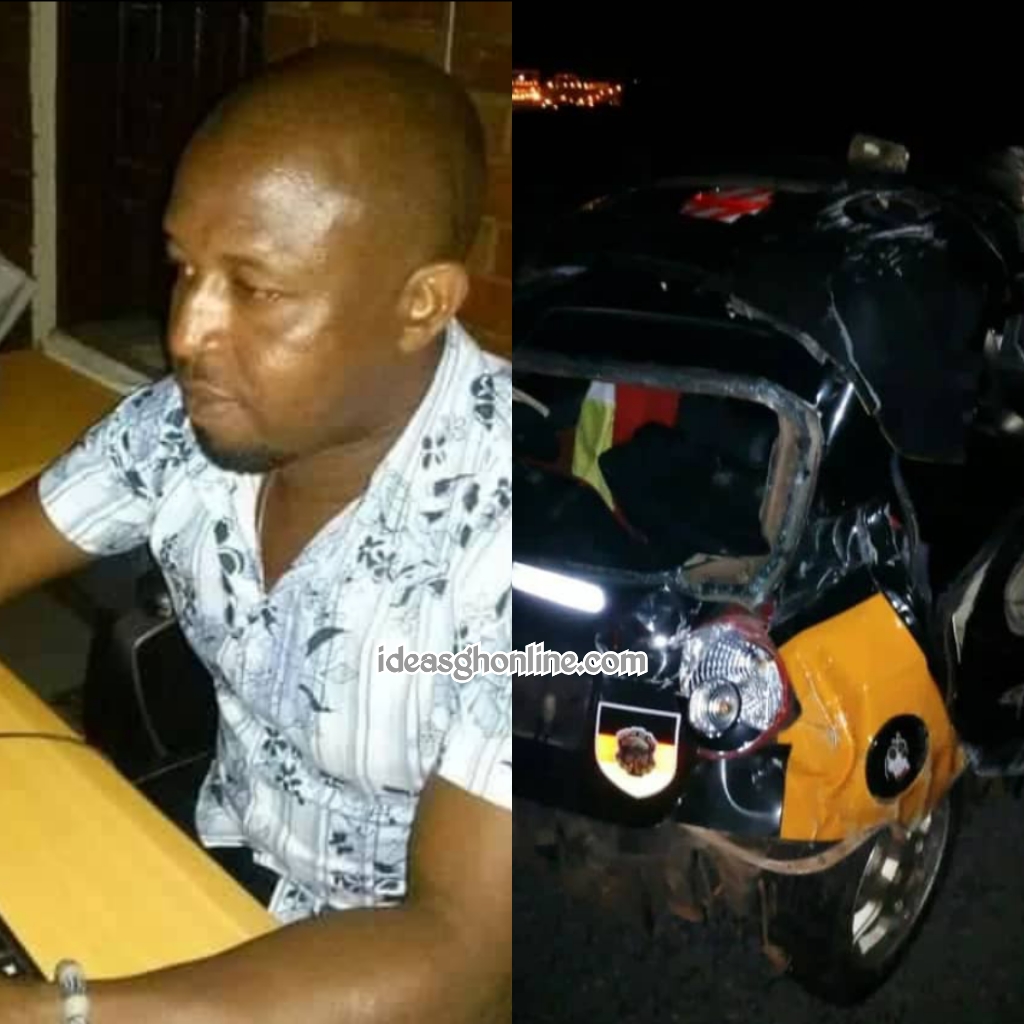 Information reaching us is that a sports journalist with Nkawkaw based Obourba FM Adam Shaibu popularly known as Baba Kankani has died in an accident.

According to the report, the four were coming back from Yayaso to Abirem after covering the Eastern Region Division 2 week 4 match between Okwawu City and Okwahu United.

The report added that the car somersaulted after the driver lost control.

Baba Kankani died on the spot with the three Confident of Delight FM, Accra Boy who is a phone repairer, and the driver is in critical condition.