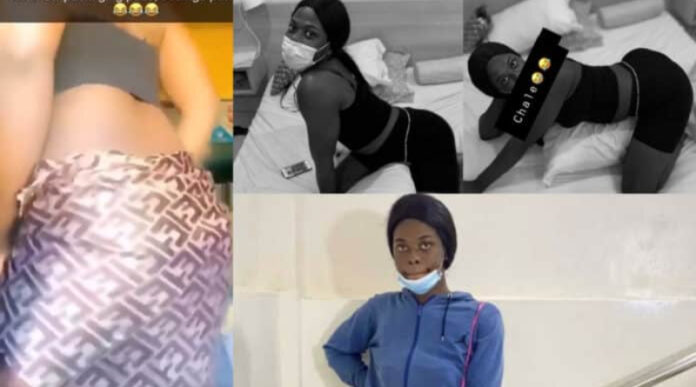 Just about two days ago, a guy in his early 20s cup became full after he was busted for disguising himself as a woman to give head to his clients.

Apparently, the “man-woman” has been in the hookup business for close to two years now and he always poses as a lady on Snapchat and other social media platforms.

It is very difficult to tell that he’s a guy from the pictures he shares on the internet because he always wears a wig and an ass-pad.

Well, caught up with him after meeting a very hardcore client who insisted he goes naked after suspecting that he’s not a lady.

The guy has been quiet over the brouhaha ever since his video surfaced on the internet but has decided to break silence on the issue because the trolls and insults poured on him for the past few days are very heavy.

Speaking in an interview, he firmly stated that his clients are aware of his gender and hence he didn’t deceive them in any way.