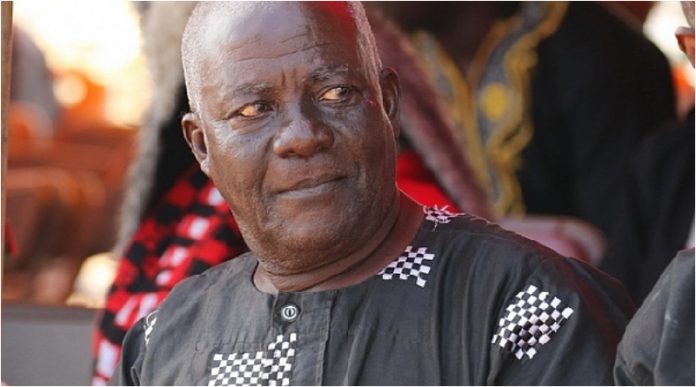 Veteran actor Paa George has begged Managing Director of Despite Media Group Fadda Dickson Narh to pardon his transgressions and restore the support system that has been cut off.

The 85-year-old actor, Paa George claimed during an interview with Kumasi-based Pure FM that media magnate Fadda Dickson, who is renowned for his generosity, had not returned his calls or offered him any kind of assistance.

Paa George wondered if the choice to promote the spiritual money-doubling campaign “sika gari,” a move he claimed was motivated by hunger, could have resulted in the change of heart.

“He used to give me products and money. I don’t know if it’s because of my sika gari affiliation… he has stopped,” Paa George said in the Twi language.

The ace actor mentioned that due to how pressing the issue is, he has tried severally to communicate to Fadda Dickson through colleagues and staff but to no avail, adding that all phone calls have gone unanswered.

“I’ve spoken to Akrobeto since he works with him that if I have erred in any way, he should let me know so I apologise for him to continue assisting me. That has not been fruitful yet; I’ve told Louis as well. Fadda doesn’t pick my calls,” he said while pleading with Roger Quartey, a film director who now works with UTV as director of programmes.

“I’ve worked with Roger for a very long time. So, he should forgive me if I’ve wronged him and continue helping me.”

Paa George, however, commended actors Agya Koo, Akrobeto, Nana Ama McBrown, Kwaku Manu and others for the financial assistance given him.