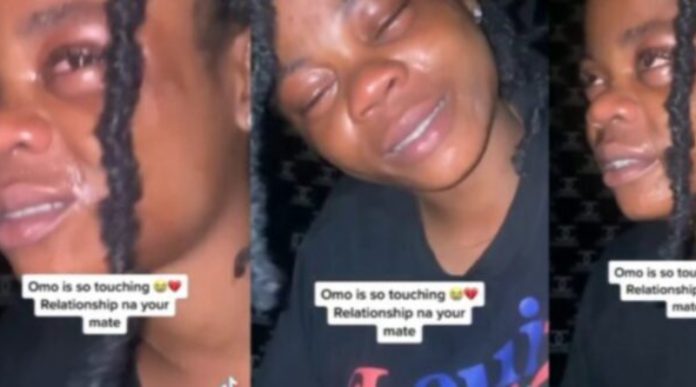 An upset Nigerian woman was caught cursing her ex-boyfriend, who made her perform heinous acts during their relationship before leaving her, and wishing him death and destruction.

She referred to her ex-boyfriend as a “dead man” in the TikTik video that has been going viral on social media.

She explained how the unnamed ex-boyfriend coerced her into having an affair and sucking “filthy dicks” from other men in order to win his affection and placate him.

Although she hasn’t decided what she would do next, it appears that she won’t let his betrayal of her love go without retaliation.