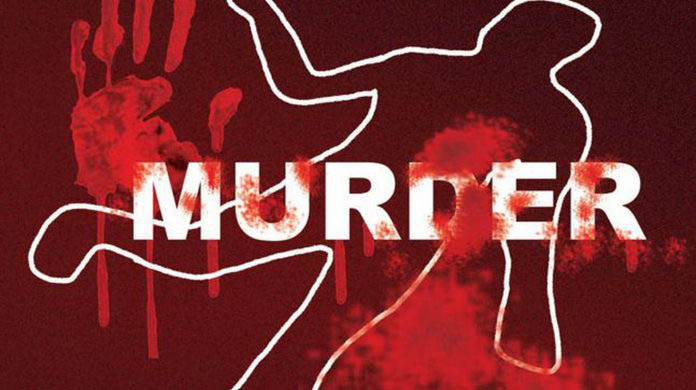 A troubled husband who is very much aware of the health conditions of his wife has completely ignored all the dangers that the very woman he claims to love, brutally killed the said woman for not preparing his meal for dinner.

He has therefore slaughtered the woman as if she were a fowl lurking around for grain to feed on for its satisfaction.

The bizarre incident is not shocking to people as they argue that certain men are of that behavior which must not be entertained in society because it is corrupting the minds of teenagers who may perhaps think it is normal to do the same for your future loving bird in any case she does not cook for the family on time no matter the circumstances she finds herself.

The gory and dastardly manner in which the said husband slew his wife, is not much to be desired because it was so tragic and sorrowful to behold taking into consideration the very prevailing psychological moments that the woman was earlier going through as she was getting closer to her day of delivering a child.

Human rights activists have condemned the unprovoked and unwarranted conduct that the enraged husband meted out to his wife calling on the law enforcement authorities to deal with him drastically without having any other second thought to his pleadings and groaning.

Nowadays, our society or the world at large has been filled with toxicity and evils that must not live amongst homosapiens but due to our high-handedness and irresponsible attitudes by hating and disliking every morally accepted standard of doing things, such demonic passions and desires have engulfed our society without giving any break to such happenings which are eroding and breaking down irreparably, the very moral and principles laid down procedures and regulations governing our society by our forefathers but because of the western culture, we collaboratively think such beliefs and practices do not move any nation forward.

How negative things are fast rising in every part of the world, every stringent hand must be on the deck and iron out those retrogressive attitudes and behaviors exhibited by certain elements whose duties are to cause destruction and mayhems to individuals that they consider to be frail and feeble because they have advantages over such people due to their level of vulnerability in every part of the world they find themselves.

The good news must be heard that such a so-called husband who got married to the slain heavily pregnant which he was the cause before finally murdering her in the process, has been arrested to face the full rigors of the law to serve as a deterrent to others who are fond of engaging in the same or similar demonic and satanic agenda to desist from it before the law catches up with him.

The women were created for us as our assistants and helpers and no man has the legal right to abuse or molests by an extension, violate any body parts of the woman in an attempt to cause harm and injury to her because she has not been created as a punching bag for such intolerant and belligerent men who think beating and flogging women because they are perceived to be weak, is the easiest way to sort out their turbulent anger.